If you don’t know that Las Morelianas is there, you might miss it. They serve great Mexican food in Hixson!

I love getting restaurant recommendations from readers. Love it! Keep them coming, you guys. It might take me a little while to get to them, but I promise that I listen when people tell me to go somewhere. A few months back, a reader sent me a message on Facebook and told me that I needed to get to Las Morelianas. When I asked him where it was, I was surprised to find out that it was in Hixson. Turns out it’s contained within the Mexican grocery store on Highway 153, near Wal-mart.

We finally made it in there this past weekend. If I hadn’t done a little reading on Yelp, I would have had no idea where to find the restaurant. If you walk in the door on the left side of the building, take a left by the cash register, then take a right, you’ll end up in the restaurant. A very friendly man greeted us and brought us menus and drinks.

The menu that I had seen online had an extremely limited selection, but the menus we were given had several pages. There are several appetizers, lunch specials, and a couple of burritos. There are a wide variety of tacos and some sandwiches (aka tortas), quesadillas, and some homemade specialties. The menu features quite a few seafood dishes and some specials, like chilaquiles and fajitas. There are also several specials listed above the counter that come with just chicken or beef and include a 16-ounce drink.

We ordered some chips and salsa, of course. How do you go to a Mexican restaurant and not eat chips and salsa? And how many of you can relate to the sentiment below? Origins of this meme unknown. The chips were very good, obviously freshly fried because there were a couple with soft spots in them. I didn’t mind that because I knew they were made there. The salsa was extremely tasty, with lots of cilantro, lime, and salt balanced with onion and garlic and tomatoes that weren’t too chunky but not too smooth either. We were also served several different smooth salsas with our meal (the orangey one was automatically brought to our table, but our server told us about the green salsa and the red, which is habanero). All three of those were too spicy for me…I am a lightweight (you guys know that) but Philip liked them all and said they were delicious.

I teetered on the edge of ordering a Milaneza torta, chicken or steak pounded thin, breaded, and fried, served on a torta roll (a special bun) ? with lettuce, tomato, onion, jalapeño, and avocado plus a side of fries. I decided ultimately that my first visit called for tacos ?, though, so I went for the carnitas (seasoned, shredded pork) and pescado (fish). The tacos are served traditional-style…two corn tortillas, chopped onions, and cilantro, plus lime wedges. Oddly, this is the only way that I can eat raw onions without feeling like I’m going to burst into tears. The carnitas were amazing…very tender, perfectly seasoned, and finely shredded. The fish was also delicious, seasoned well and shredded, topped with some tomato in addition to the onion and cilantro and served with a chipotle for drizzling.

Philip took one look at the menu and knew exactly what he was going to order: lengua tacos. Yes, that’s tongue. If you read my Taqueria Jalisco post, you know that not only is he not afraid to eat things that make other people shudder, he loves beef tongue. Honestly, while it does freak me out just a little too much to actually order it in a restaurant, I have tasted his and it really is quite good…like a very tender pot roast. He said that it was very good…I didn’t taste these so I’ll just have to take his word for it!

We also ordered some beans and rice. It was a generous portion of each, enough for us to share. The beans were well-seasoned and were mashed but not pureed to a smooth consistency like some of the refried beans that you might end up with at a Mexican restaurant. They were very good. The rice had lots of vegetables and was also well-seasoned and a nice texture. I am a weirdo, I know, but I thought the little crocks they served them in were cute as well.

After we finished eating (by the way, our pre-tip total was $16 and some change…not bad at all!), we perused the grocery store for a few minutes. There are tons of hard to find products, like dried chilies, tamarind pods, and other spices used in traditional Mexican cooking. I almost bought a bag of limon y sal (salt and lime) Fritos, after hearing Matthew and Molly talk about them on the Spilled Milk podcast, but decided to hold off until I need Fritos to go with chili or something like that since I knew I wouldn’t be able to stay out of the bag once it was opened. And…I finally found a place to get locally made tortillas and sorta rolls!

So, if you never knew that Las Morelianas existed, now you know. It’s definitely not fancy but it sure is delicious. Obviously I am not one to speak to authenticity of a Mexican joint but there were quite a few Hispanic folks dining in there so I am guessing it’s pretty legit….but they definitely have some options for the more timid gringos too. Go check it out!

Las Morelianas is located at 5622 Highway 153, Hixson, Tennessee, 37343. You can call them at (423) 877-7115. They are open daily from 9 a.m. to 9 p.m., though I am not sure if those hours are for both the grocery store and the restaurant. If anyone knows, please let me know! They do not have a website or an “official” Facebook page, but you can “like” this page on Facebook to see others’ reviews and check-ins. By the way, Las Morelianas has a 5-star rating on Yelp out of quite a few reviews. 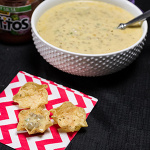 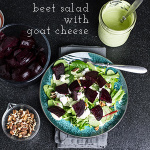