Jack Brown’s Beer and Burger Joint, part of a small regional chain, is one of Chattanooga’s newest places to get a great burger and a beer.

There are few things better in my opinion than a great burger. It’s pretty widely known that I love burgers-I mean, I have done not one but two top burger lists…so it shouldn’t be surprising that when Jack Brown’s Beer and Burger Joint opened downtown people started telling me about it and asking if I had been.

So it took me a while to get there. I took some time off from writing restaurant posts when life got a little hectic back at the beginning of August. We finally got to Jack Brown’s a few weeks ago, on a lazy Saturday…Philip’s first Saturday off in months.

In the early afternoon there were not tons of tables taken, and the bartender told us to feel free to sit wherever we’d like. We chose a table by a couple of regulars from the shop and started looking over the menu. Philip chose a bottled beer (Victory Golden Monkey). They have eight taps and a wide selection of bottles and cans.

The two bartenders waited on us (and I didn’t catch their names…the receipt just said “bar share”). I asked for a recommendation between the basic cheeseburger and the Greg Brady. Our server recommended the Greg Brady without hesitation, and it was definitely hard to resist: a wagyu beef patty on a potato roll, topped with creamy macaroni and cheese and Martin’s BBQ chips. The burger patty was the way that I make it at home: thin and a little crispy on the edges, with that soft potato roll soaking in any juices. The creamy and cheesy mac and the crunchy BBQ chips were a perfect foil to the burger. I ordered sweet potato fries, which were just basic crinkle cut fries but were served with a slightly sweet, slightly spicy mayo-based sauce with what I think were finely minced shallots in it.

Philip went for the special. There is a daily special with Saturday’s special being a “freestyle” chef’s choice burger; I didn’t write down the name of that day’s special and can’t remember it for the life of me! No matter, though. It was the wagyu patty between two cinnamon pancakes, with bacon and maple syrup. I know that sounds a little crazy, but dang, it was delicious. And now I need to make a pancake burger.?Philip went for the regular (crinkle cut) fries, which were also served with the sauce that mine came with. In hindsight, we could definitely have split the fries.

We are not usually dessert orderers expect on special occasions, but when fried Oreos are on the menu it’s pretty hard to resist. At $1 each, it was hard to resist getting a couple. Battered, deep fried, and tossed with powdered sugar, these tiny confections were pretty irresistible. I love an Oreo dipped in milk, but deep frying = next level Oreos.

Jack Brown’s Beer and Burger Joint is a fun little place with a friendly staff and some tasty and well-cooked burgers. The prices are pretty average: our total for two burgers, two orders of fries, a beer, and two fried oreos was $32.75 pre-tip. Check it out for yourself! 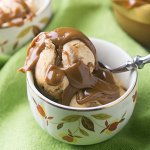 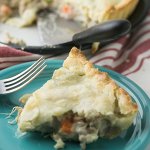