Hong Kong Chinese restaurant is a great Chinese restaurant with delicious food and great service on East Brainerd Road in Chattanooga.
I didn’t start eating Chinese food until I was a junior in college. Actually, it was probably more to impress a guy than anything else…but he married me so I guess it all turned out okay. Plus, it turned out that I actually liked Chinese food…I have no idea why I was always so convinced that I wouldn’t. I guess it’s too late to wonder, though. Anyway, when we were dating and early in our marriage, Philip and I used to frequent China Inn, a Chinese buffet in the TJ Maxx complex at Northgate. Friendly staff, good prices, and great food-we loved that place! We were crushed when it closed, though we shifted our affections toward Mandarin Garden…which then closed. And Philip doesn’t like Formosa (for the record, I do). In fact, we have found the Chinese options in our area to be rather disappointing overall.

However, Philip has a friend who lives in East Brainerd and they frequently visit Hong Kong Chinese, which is in the complex where the East Brainerd Publix is. I know when they’ve been because Philip comes home with a box of cereal, a telltale sign that he had to buy something in order to get cash back at checkout-Hong Kong only accepts cash or checks. He has sworn to me for a couple of years now that the food at Hong Kong is delicious, but it’s a little bit of a trek especially when you never carry cash, so it’s taken us a little time to get out there.

It’s been quite a week here in Chattanooga, what with ice and snow and temperatures nearing zero. Us Southerners aren’t built for that type of weather and neither are our Public Works departments…I mean, it really doesn’t make financial sense to spend a lot of money to purchase a lot of equipment meant to deal with weather events that may happen once or twice a year if that. So…I was off work all week (and I might add…Tennessee schools tack a little time on to the end of each day so that snow days are built in, so it’s not like we just get free days-I’ve seen a little complaining about that this week) and feeling just a little stir crazy after being in the house 95% of the week. We ventured out in still a little bit of slush so Philip could check out the craft beer selection at Sigler’s, then we headed to the Kitchen Spice Indian store next the to East Brainerd Goodwill…then we went to Publix and bought cereal so we could eat at Hong Kong.

There were no other customers eating in the restaurant, which looks pretty much like your stereotypical mom and pop Chinese restaurant-a few basic tables, some floral border on the walls, and pictures of menu items above the counters. The people in the back were very busy preparing to-go orders and the phone rang frequently (not to mention the steady stream of people picking up their orders). The lady who took our order recognized Philip and told him that they were out of tofu, because apparently he likes to order tofu. Anyway….

We got there at 3:01 so we were just a little too late to order off of the lunch specials menu, which includes entree, chicken fried rice, an egg roll, and soup or a soda. Instead, for $15 and some change (plus a little that Philip dropped in the tip jar), we ordered the combination plates. When I asked Philip what was good off of their very large (as Chinese menus tend to be) menu, he assured me that everything he’d had was good (by the way, I’ve included the menu at the bottom of the post). In the end I got an order of sesame chicken and he decided on chicken with cashew nuts. Each order came with chicken fried rice and an egg roll, and we drank water.

Sesame chicken is my favorite Chinese menu item but I often find that the sauce is so thick and sweet that it becomes cloying. I did not find this to be an issue with this chicken, which was sweet but not tooth-aching, crunchy, and not too sticky. There was a little broccoli, though I would have liked to have had more. The rice was well-cooked and peppered with peas and carrots. My only real complaint is that the egg roll had a little bit of weird pink pork in it…which always freaks me out a little bit. The pink color just comes from the salt used to cure it, but the neon hue is just a little unnerving. Still, the egg rolls were delicious.

Philip’s chicken with cashew nuts was far more vegetable-laden than my sesame chicken, with lots of carrots, celery, water chestnuts, mushrooms, and cashews. Rather than being breaded like the sesame chicken, the cashew chicken was simply velveted (coated in cornstarch before being sautéed) and had a light, slightly sweet sauce. The portions were decent sized but not overly gigantic…we both ate most but not all of our meals and didn’t feel stuffed after.

For the price and the friendly service (I saw some reviewers on Urbanspoon refer to the service as rude and state that they’ll walk away if you aren’t ready, but they’re BUSY. While we decided on our order, the lady taking the orders walked away to work in the kitchen, then she came back after a couple of minutes to take our order), I think that Hong Kong Chinese is a great option. It was definitely the best Chinese food that I’ve had around Chattanooga in quite a while, and it didn’t leave me with an MSG aftertaste or a telltale MSG bloat after (too much MSG makes me feel puffy and swollen). Obviously, the location will prevent us from going on those work nights when I just don’t feel like cooking…

…but when I have a Chinese craving that I can’t shake Hong Kong Chinese will be my go-to. Judging from the number of people picking up takeout, it seems that quite a few people in the area agree.

Also in this area: Bones Smokehouse 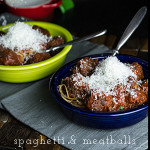 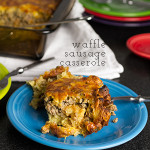