Green chile corn chowder is a delicious, creamy yet light soup that is perfect for summer and fall alike!

September is an interesting month. Is it fall or is it still summer? Around here in Tennessee, it’s still decidedly summer. Though Starbucks would like for us to believe that it’s pumpkin spice latte time (can you guys believe I’ve never had a PSL?), and football season is now in full swing, 80+ degree days belie the fact that the fall equinox is just a few days away. Still, summer growing season is fading into oblivion and soon it will be all dark leafy greens and the like.

Every time I eat soup when it’s hot outside I can’t help but make a joke about how it’s the perfect weather for soup. To be perfectly honest, though, I could eat soup every day of the year no matter how hot it is outside. I mean, my house is air-conditioned. I probably wouldn’t eat it sitting on the unshaded patio of a restaurant in the middle of the desert. But I’ll eat it in the AC…any day’s as good as the next.

This green chile corn chowder contains the best of what summer has to offer, unless, like me, you discovered the week that you were planning to make this that your produce stand was all out of corn. For the season. That’s right. Back to the drawing board.

That’s why I love the fact that frozen vegetables are just as delicious as fresh, and once the season passes, if I am going to cook a vegetable I’m just as likely to buy it frozen as “fresh”, seeing as how many fresh vegetables in the winter are essentially vegetable-shaped pieces of cardboard. There’s no shame in using frozen vegetables, and once corn is out of season I’m not going to waste my time shaving the kernels off of substandard ears.

I find, though, that chilies are pretty good year round at the grocery store. I made this soup a couple of times trying to get the flavors and textures right, ultimately deciding that roasting the peppers rather than cooking them with the onion was the way to go. Full of fresh flavors, this green chile corn chowder needs to be on your table this week!

This soup is great for freezing! 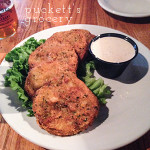 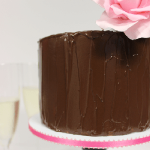