I am not a New Year’s Resolution person.  In fact, my yearly New Year’s resolution is not to make any resolutions.  It seems to me that resolutions are made to be broken, so while I may make attempts to make changes in my lifestyle (not necessarily my eating habits…perhaps I am seeking to be neater or more organized or whatever) I never make a proclamation of a resolution because I feel like I’m setting myself up for failure.  Besides, what if I want to make said changes in April?  I get it, though.  New year, new start.  It makes sense.  Of course, the most common resolution seems to be to make dietary changes, whether to lose weight or just become more healthy, and I can respect that.  I am not necessarily endorsing the diets advocated by these websites (and I say that in the “diet as a lifestyle” sense since none of these websites are “diet for weight-loss” sites), here are ten websites to help you with your New Year’s resolution (all of these are websites that I read regularly).

It’s no secret that this is one of my favorite blogs.  Lisa Leake has built an empire on her 100 day experiment to eliminate processed food from her family’s diet, which has turned into a permanent lifestyle for her family.  While they have become slightly more “moderate” since the original 100 days (now allowing occasional white sugar or flour or tiny amounts of other processed ingredients into their diet as a “treat”), Lisa’s family tries to follow “the rules” the vast majority of the time: no white flour, no processed sugar, no packaged foods with more than five ingredients, try to eat mostly organic, etc., etc.  She has faithful followers and faithful nay-sayers; all you have to do is follow 100 Days of Real Food on Facebook to find out just how passionately people feel about eliminating-or not eliminating-processed food.  Personally, I love her food philosophy and her recipes.  Lisa is currently working on a cookbook as well, which I am sure that I will purchase as soon as it is available.  Her website is great for anyone who would like to take a more “whole foods approach” to their diet.

If Lisa Leake is the voice of moderation for the whole foods approach, her fellow Charlotte-based blogger (and occasional contributor to 100 Days website) Vani Hari is a whole foods teetotaler.  The Food Babe has devoted herself full-time to investigating what ingredients the food industry is feeding us with zero transparency and trying to convince them to take the nastiness off of the ingredient list (for example, the fight that she and Lisa from 100 Days waged a fight against Kraft to stop putting ingredients in the boxed mac & cheese that they sell in the States that they do NOT put in their European products).  She’s also a huge GMO-labeling advocate.  Food Babe’s website is a great place to go if you want to learn about juicing, vegetarian food (Vani is mostly vegetarian), and exactly what you’re eating when you visit chain restaurants and purchase packaged foods.  Read at your own risk!

I discovered Kath Younger’s blog not that long ago when she was a guest blogger on 100 Days of Real Food (notice how it all seems to come back to that?).  Kath is a registered dietitian and her husband runs a Great Harvest bakery.  She blogs about the simple but healthy meals that she cooks and eats (there’s a lot of oatmeal in there) and advocates dietary moderation (yes, you can have chocolate! Yes, you can have alcohol! Yes, you can have bread!).  Her “lately” posts series is one of my favorite things on the blog; she posts photos and descriptions of the things that she eats all week long.  This is one of those things that helps to convince me that I too can eat healthfully (with an occasional treat) every. day. of the week.

Carrie Vitt’s website is packed full of information about organic cooking.  Carrie’s blog has been around since 2008, and it’s an amazing recipe resource for anyone who wants to cut their consumption of processed foods.  She started using organic foods in a (successful) attempt to quell her migraines.  When Carrie was diagnosed with Hashimoto’s Disease, she began to focus on a grain-free diet, and in doing so also made her website an excellent resource for readers who are following a gluten-free lifestyle.  She also has many recipes that are suitable for Paleo or GAPS.  Carrie also has a cookbook, titled-go figure-Deliciously Organic.

Sara Forte’s blog is gorgeous, adorned with her husband Hugh’s amazing photographs but otherwise very clean and simply laid out.  With her nearly 100% vegetarian approach to cooking, Sara inspires me to be a better part-time vegetarian, because the food she cooks just looks so darn good.  Like the bloggers I mentioned above, Sara focuses on nearly all whole, unprocessed ingredients…and oh, those photos.  Did I mention I like the photos?  Hugh, can I be your intern?  Sara and Hugh’s cookbook, The Sprouted Kitchen: A Tastier Take on Whole Foods, is just as gorgeous and inspiring as their website.

I don’t follow or advocate any specific “special” diets.  Aside from the fact that Deliciously Organic no longer uses grain because of her health and the fact that Sprouted Kitchen is mostly-but not completely-vegetarian, the blogs listed above just take a whole foods approach to eating, which is the approach that I try to take in my life.  However, I know that there are many of you who follow a specific lifestyle for health reasons or just because it works for you, and I respect that.  I have used recipes from the following websites and read them on a regular basis, so whether you are following the diet specific to the website or not, it’s just good stuff.

101 Cookbooks – Author Heidi Swanson is definitely a vegetarian blog guru, with three cookbooks and her own restaurant to boot.

Oh She Glows – Angela Liddon is another blogger who nursed herself from sickness to health with dietary changes.  Her recipes and photos are amazing, and she’s got a cookbook very close to release!

Chocolate-Covered Katie – While not every recipe on this blog is dessert, it’s definitely what I would consider a “dessert blog”…but Katie is a vegan, so her recipes follow suit.  She also has lots of amazing oatmeal variations.

Nom Nom Paleo – I know a lot of people who follow the paleo/primal blueprint, and while I am not about to give up my crusty bread or my potatoes, Michelle Tam’s awesome blog and recipes makes me think I could definitely eat this way a lot.  She has a new cookbook (Nom Nom Paleo: Food for Humans) and the graphics and photography on her site are great too.

Stupid Easy Paleo – Steph, the blogger at Stupid Easy Paleo, not only shares delicious and beautiful recipes on her blog, she also offers a variety of resources to help readers get started on their road to a paleo lifestyle.

Sodium Girl – Because my dad has renal issues, he must follow a reduced-sodium diet, so this is a dietary lifestyle that’s important to me.  Jessica Goldman Foung, the blogger, healed her body from kidney failure and got herself off the transplant list by transforming her diet, and she’s made it her life’s work to make sure that others who need to follow a low-sodium diet don’t miss out on eating great food.  Jessica also has a cookbook, Sodium Girl’s Limitless Low-Sodium Cookbook.

Elana’s Pantry – Elana has a wealth of gluten-free recipes, but she also has lots of recipes to address other food sensitivities as well as lots of paleo recipes.  Elana has a book, Paleo Cooking from Elana’s Pantry: Gluten-Free, Grain-Free, and Dairy-Free Recipes.

A Year of Slow Cooking – As I stated in this review of her cookbook 365 Slow Cooker Suppers, Stephanie O’Dea was the first blogger I followed faithfully.  While her blog and books are not expressly about gluten-free cooking, Stephanie’s family follows a gluten-free diet due to her child’s diagnosis of celiac disease, so her recipes are all gluten-free or include a GF adaptation.

Obviously, this is just the tip of the iceberg as far as blogs that I follow, but these are some of my favorite that advocate a health-concious approach to eating or a specific dietary lifestyle.  What are some of your favorite blogs that address these subjects?  Do you make New Year’s resolutions?  Care to share? 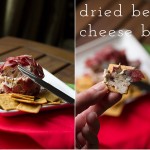 Christmas Cooking at My House 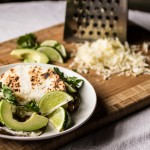