I don’t have cable anymore, but when I did, I watched a lot of those shows like Unique Eats and Unique Sweets.  It was pretty interesting to learn about new foods in unfamiliar places, but one thing drove me absolutely mad: the “foodie” words that I kept hearing over. And over. And over.  Here are just a few.

I mentioned this a while back when discussing food trends that annoy me.  This word is used so much that it has lost its meaning.  Everything is artisanal.  Including tortilla chips.  Made by Tostitos.  Whatever.

Rustic no doubt refers to things that seem thrown together, or simple, or homey….and so on, and so on.  It seems that I hear this word used more often to describe bread than anything else.  The thing about things that are “rustic” is that producers spend a lot of time making things seem “rustic” so they can charge you more for those rustic food items.  Hmmmm.

Would someone please tell me what this word means?  I’ll be honest, I don’t hear a lot of my friends describing foods as “earthy”….but it’s a word I hear constantly on television.  It doesn’t seem like a compliment to me.  Isn’t earth synonymous with dirt?  So it tastes like dirt?  Do you like to eat dirt?  I’d prefer not to.  But, I mean, that’s just me…..

Another word that just doesn’t make sense to me.  When I looked this up on dictionary.com, I found that the word means “rich and full-bodied”.  I don’t think I get that any more than the word “robust”.  What does full-bodied mean?  And I thought “rich” was a word to describe high-fat foods.  I’m so confused.

Sorry, but this just makes me think of Anchorman.  “Are you coming to the pants….party?”  Totally inappropriate.  So is the aforementioned term.  It’s gross.  Don’t say it.

Ack.  Seeing as how my blog is titled “Chattavore” and it’s about local food, I probably shouldn’t cringe when I hear this word.  But something about it…bothers me.  One of my blog followers tweeted me this link earlier today that stated that the word “locavore” had been added to the Oxford English dictionary: http://www.mentalfloss.com/blogs/archives/136111 (thanks, Emily!).  I certainly appreciate the term, but you won’t catch me using it.  And honestly, this word did not even enter my mind when I was naming my blog.  I promise.

Only in reference to things that aren’t meat.  Well, I guess I don’t really care for it in relation to meat, either…because who doesn’t know that meat is meaty?  But anyway…this word seems to be used mostly to describe mushrooms, which are a common stand-in for meat.  I use them frequently, and love them.  But they’re not meat, yo.

I’ve heard (from Julia Child, nonetheless) that this word sounds much better in French.  Let’s leave it there.  To me, when someone says food is “unctuous”, it does not make me want to eat it.  Sorry.

Again, what does this word really mean?  Yep, I like food.  I like to cook.  I typically describe myself as obsessed with food.  I have probably used the term “foodie” somewhere on this blog, I won’t lie.  But I really do hate it.  I can’t stand it when someone asks me if I’m a “foodie”.  I think it’s just too general and too overused.

Oh my heavens.  That just sounds so disgusting.  I get the meaning of the word, I do.  The texture of a food is important…the amount of fat, the amount of grit, the thickness.  Come on, though.  Mouthfeel?  That word makes me want to vomit.  And it sounds….dirty.  So unappetizing.

Okay, so maybe this word doesn’t drive me crazy…but it makes me laugh and cringe at the same time.  I didn’t put it in the official “list” because I’ve only heard it used once, on an episode of Bizarre Foods, Andrew Zimmern described something as “poopy, but in a good way.”  I almost fell off of my chair.  Actually, I saw an episode recently where they were recounting funny moments, and this one got a mention.  I think even Zimmern himself was a little unsure after the fact of what that statement meant….

I know there are more.  I KNOW there are.  I just can’t think of them at the moment.  Tell me, what “foodie” words (hahaha!) annoy you? 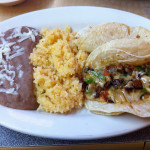 Delia’s Has a New Location!