Flying Squirrel Bar is a trendy bar on Chattanooga’s South Side, serving beer, wine, cocktails, and a variety of small plates.

If you guys haven’t noticed, I have a hard time getting to restaurants that aren’t open during the day on the weekend…hence the fact that it took me literally years to try out Flying Squirrel Bar. Well, actually, they are open during the day on Sundays, but I am not one to stomach long waits so we haven’t trekked down there for Sunday brunch.

We went a couple of weeks ago on Wednesday night, and even fairly early on a weeknight found the inside basically overflowing. We opted to sit outside, which turned out to be okay as, even though it was seriously hot outside, it was fairly breezy and mostly shady (though we were pretty sweaty by the time we left).

Our server, Ben, caught up with us quickly with drink and food menus and got Philip’s beer to him quickly. He didn’t have to do much talking to talk us into pimento cheese ($8), made with Sweetwater Valley cheese, topped with bacon jam, and served with crostini. It was a little bit spicy and the delicious creamy saltiness was great on top of the crispy medallions of bread, and Ben kept our supply of crostini well-stocked.

It took me basically zero seconds flat to settle on the Cuban tacos ($13) – corn tortillas filled with mojo pork shoulder, pork belly, red dragon cheese, mustard, and diced pickles. Like a perfect Cuban sandwich, all of the flavors complemented each other perfectly, especially given the perfectly cooked pork belly. These were some of the most amazing tacos that I have ever eaten…I ate all three and honestly could have eaten three more.

I had heard a lot of great things about the fried chicken at Flying Squirrel, and Philip decided to give it a try. He got the single order of original chicken ($7 – the double order – two thighs and legs – is $12, and you can get spicy instead of original if you like). The chicken was crispy and well seasoned, and just a little bit spicy. I will admit that I was a little surprised that the fried chicken was just that – fried chicken in a bowl. As someone who eats in a lot of restaurants, I should have known that if no side dishes were listed, no side dishes would come with it. Philip was fine with no sides, but if you want a side be sure to order some chips or fries to go with.

We enjoyed our dinner at Flying Squirrel Bar. It’s definitely a cool place architecturally, and it’s also clearly a cool place as far as the locals go too. The food is worth trying. At $35.59 for a beer, pimento cheese, tacos, and some fried chicken, it’s not the least expensive but it’s on par with other similar spots. It’s definitely a hotspot so you might want to do a little research on the best time to go. 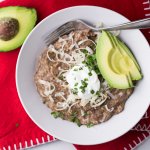 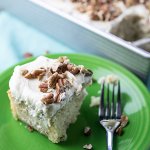