These fish & chips are everything you’d expect them to be…crispy, hot, and delicious. Don’t forget the tartar sauce and malt vinegar!

Fish & chips played a more substantial role in my life growing up than you might imagine.

Now, I wouldn’t say that fish & chips were like a life-changing thing for me, but I have quite a few great memories from my teenage and early adult years that involve fish & chips. I know that sounds weird. Let me explain.

I haven’t eaten at Shoney’s, Long John Silvers, or Captain D’s in years. However, when I was a teenager, for some reason my BFF Angie (still my BFF….we’ve known each other since kindergarten-1983, y’all-and have been best friends since 8th grade) and I thought that the most fun thing to do was drive my 1988 Chevy Beretta to the Shoney’s (the one on 153, long gone) and eat fish & chips. Once we forgot to tip our server (how does THAT happen?) and we felt like complete heels (we would have gone back to tip her but we were already in Soddy-Daisy by the time we realized it). Later, after the Shoney’s closed, we started going to Captain D’s. This makes me laugh so much now. Angie always ate tartar sauce and ketchup (she is famed for her love of ketchup) and made fun of me for dousing my fish with malt vinegar, which she declared smelled like feet. Also, my college roommate and I had an exam week ritual of going to Captain D’s and requesting extra crispies or whatever you call those little fried pieces of batter that come on your plate. We called it “eating a little food with our fat”.

I haven’t been to any of the above places in probably ten years. I still love fish & chips, though. Liberally soaked in malt vinegar. And while I never liked tartar sauce when I was younger, I do now, in the right context at least (not the right context: asking for tartar sauce with your salmon at Back Inn Café. I once heard a man at the table do this and ask the server not to tell the chef. I’ll never forget that.). A friend suggested a cucumber-dill tartar sauce, which she had tried at a restaurant. Sounded good to me! I know that tartar sauce is not a traditional British accompaniment for fish & chips, but a Facebook poll decided for me that I did indeed need to include tartar sauce recipes (I’ve included two).

Getting the recipe for fish & chips right took a while. I tried Alton Brown’s recipe and America’s Test Kitchen‘s recipe, using Newcastle Brown Ale (beer adds bubbles and lift to the batter) both times as a control. We ultimately decided that we liked Alton’s recipe a little better but I decided to shallow fry instead of deep frying because I hate deep frying. I also nixed the deep fried “chips” (fries to us here in the States, of course) in favor of my best baked fries recipe (because, see above. I hate deep frying!). Third try was  charm and here’s the final result!

Save Recipe
Print Recipe
My Recipes My Lists My Calendar

7.8.1.2
215
https://chattavore.com/fish-chips/
This post contains affiliate links. This means that if you click the link and make a purchase, I will receive a small commission (this does not affect the cost to you). For more information, please see my disclosures. Thank you for supporting my blog!
Want recipes from scratch & restaurant reviews in your inbox weekly? 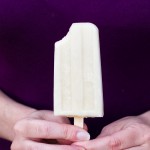 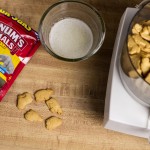