My favorite story about passing out candy at Halloween stems from a Halloween when I had absolutely no intention to pass out candy. I was home alone in my UTC campus apartment when someone brought what appeared to be a van load of children trick-or-treating in my complex. Um, really? Did no one ever tell you that college students have no money with which to buy candy? Anyway, something like fifteen kids came up to my third-floor apartment and starting banging on the door. And I didn’t answer. The only candy we had in the apartment were the caramel apple lollipops (my favorite Halloween candy at the time) I’d bought myself on my last grocery shopping trip, and I was NOT going to share them with trick-or-treaters. Until I saw tiny hands coming through my blinds. One of my roommates had left the window open. In the interest of not having tiny costumed bandits come in and find me hoarding my suckers, I opened the door and gave them my stash. My favorite Halloween candy – gone. Except that there weren’t enough (seriously, there were a ton of kids out there) so I had to resort to passing out peppermints. Yep. I was that lady. Serves them right for putting their hands through my blinds. As soon as they were gone you better believe I closed that window and got the heck out of Dodge before another band of candy-beggars came knocking.

When Philip and I got married, we bought candy for the first couple of Halloweens, but due to a lack of interest (i.e. five trick-or-treaters, leaving us with boatloads of candy that we ended up eating ourselves) we stopped on the third year. We buy candy for my sister’s kids and get out of the house basically as soon as they leave (though we have had to turn away trick-or-treaters who came while they were here, and I kind of felt like a heel). We stay gone until the danger of trick-or-treaters has passed.

Adding crisp rice to a plain old chocolate candy bar makes it at least 1,000 times better. Nestle Crunch is the standard, but I always thought that there were never enough Krackels in the Hershey’s mix bag. Who’s with me?

I have a very specific way to eat these chocolate-covered wafers. First, I break one off; next, I daintily nibble the chocolate from the edges; last, I eat the chocolatey wafers. Then I repeat. Did you know that Kit Kats come in lots of different flavors? I’ve seen strawberry and green tea varieties at FYE and World Market. I’m not sure why I’ve never tried them!

How could you go wrong with a cookie bar draped in caramel and dipped in chocolate? There’s just something about the crispness of the cookie with the chewy-ish caramel and the swathe of chocolate. I was always fascinated by the pictures and videos of people breaking Twix bars in half, a sheath of caramel temptingly spreading out. It never happened in real life, not that it mattered. It all ended up in the same place.

I really have a thing for chocolate and caramel. Add nougat and peanuts into the mix and you have a recipe for perfection. I haven’t had a full-sized Snickers in years…fun-sized is enough. Unless you are chopping it up and whirling it up in a Blizzard, then all bets are off. Mmmm, Snicker’s Blizzard….

Did you know that Gummi Savers are manufactured right here in Chattanooga? It’s true. Just last month, some guy stole part of the equipment used in the manufacturing process, shutting down production for a while. Which is crazy because I hear that they already have a hard time keeping up with demand! I completely understand why. I can’t buy them, because I will eat every. last. one. No matter what size the package.

Do they even make these any more? I found several links for them, but interestingly none of them were the official M&Ms website. Hmmmm. I don’t know what it is about M&M Minis, but for some reason I found them more satisfying than regular M&Ms. I think it was the way they crunched (seriously!). I love the tubes, but I really loved when they were sold by the bag in the baking aisle (with the chocolate chips). Probably a good thing I can’t find those any more.

Junior Mints make me think of my grandmother, who used to always have them around. I love anything that combines chocolate and mint, and Junior Mints are a perfect balance of dark chocolate and oozy creamy mint. I want some right now.

Like caramel and mint, peanut butter pairs perfectly with chocolate. I love the savoriness of the peanut butter contrasted with the sweetness of the chocolate, though my favorite part is the thick, crinkly edges, which I like to eat first.

My mom had some Peppermint Patties at her house last week and I brought a few home. Ever since then I’ve been wanting to buy a bag to keep at the house, but for some reason I haven’t. Maybe I need to remedy that. I like the mini ones….for some reason the big ones seem cloying, even though I could probably eat enough minis to equal a full-sized one. Anyway, again…the dark chocolate with the mint is a perfect combination, and they’re even better straight from the freezer.

That’s right. I mentioned Reese’s cups above and now I’m mentioning Reese’s Pumpkins separately. There is something about Reese’s Pumpkins that I think is even better than Reese’s Cups. They are definitely my favorite Halloween candy – I think it’s the chocolate to peanut butter ratio. It’s not just the pumpkins, though. I look forward to Reese’s hearts, eggs, and Christmas trees all year too, though I usually only eat maybe one of each. I guess I need to find a pumpkin! 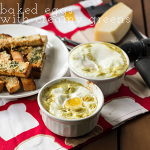 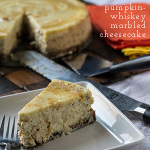