Fat Boy’s Roadside Eats is a roadside trailer in the East Brainerd area that serves all your favorite guilty pleasures-and some you haven’t thought of yet.

Did I just write the other day about trying to eat more healthfully? Pretend for the next few minutes that you didn’t read that post. I refuse to apologize for my life-long love of burgers, fries, and Doritos. (<–That was foreshadowing. Look at me being all literary.)

I had never heard of Fat Boy’s Roadside Eats until last month when Chattanooga Eats was doing their burger poll. They were one of the contenders for the East Brainerd area. I passed Fat Boy’s while on the road for work a week or two later. It was then that I decided to look it up. I was overcome with the need to try them out. Their menu was decidedly decadent, featuring foods that you might expect to find at a fair. I had to go.

Philip and I headed out to Fat Boy’s Roadside Eats at lunch time on a Wednesday. They did not appear to be extremely busy; another couple was ordering when we arrived and a few people came to pick up orders while we were there. The menu is taped to the counter in front of the window; the counter was pretty high so my 5’3″ self had a difficult time reading it. Looking back, I should have asked for a take-out menu. I wish that they had a larger menu or even just one of the takeout menus posted in a more accessible place. We quickly placed our order then took a seat at one of the picnic tables. Our order arrived within 10 or 15 minutes.

The menu at Fat Boy’s Roadside Eats is divided into the following categories: BBQ, loaded baked potatoes, sandwiches and burgers, burritos and bowls, tacos, quesadillas, sides, family meal deals, and “other” which encompasses snack/appetizers type things. I had taken a look at their Facebook page before we went and knew that I wanted to try their cheese stuffed Doritos. Cheese stuffed Doritos are described by the menu as “Cheddar cheese breaded in crushed Doritos and deep fried to perfection, served with a side of ranch”. Sounds like my kind of food. We got a half order (5 pieces) for $3.49. They turned out to be a great, fun treat, especially for some who finds Doritos to be addictively delicious like myself. The concept was similar to a mozzarella stick, except with cheddar and Doritos instead of mozzarella and breadcrumbs. By the way, the menu notes that some items in the “other” category may not be available every day.

Because the cashier was waiting, I felt a little rushed to order. That’s silly and I should have asked for a menu and taken my time. Instead, I jumped to order a cheeseburger ($7.99). All of the burgers and sandwiches are served with fries and fry sauce. The burgers, as noted on the front of the menu, are huge. I could only eat a little more than half of mine.

The cheese was American cheese, which is my burger choice because of its meltability. The buns were pretty standard burger buns, and the burgers were served with lettuce, tomato, onion (which I removed), pickle, mustard, mayo, and ketchup. The meat was cooked very well – a little crispy on the outside – and the burgers were well seasoned and delicious. My only complain was that it was extremely messy. The fries were pretty standard; due to space issues, they use frozen fries-but they were crispy and well seasoned, so I was fine with them. I really liked the fry sauce, a slightly spicy amalgamation of mayonnaise and ketchup.

Philip got the bacon double cheeseburger ($10.99). If my burger was huge, his burger could only be described as gargantuan. He had to cut it in half just to be able to pick it up! He agreed with me, though, that the burger was very good.

Like I said, I wish that I had gotten something besides the burger. That definitely isn’t because I didn’t like the burger, but there are so many things on the menu that I wish I had tried something else, especially since Philip had a burger as well. I plan to visit Fat Boy’s Roadside Eats again in the near future so that we can try something different and give a more comprehensive opinion on the food that they offer!

The back of the menu gives a little insight into why the family decided to start their business in the Standifer Gap area. It’s a small, family-owned place in an area without a lot of food options, so I hope that they continue to get the support that they need to continue serving fun food to the East Brainerd area. Our total, pre-tip, was $24.55, which, at first glance, seemed a little pricey to me. However, when I considered what I would pay for the same meal in a casual dining restaurant or from a more traditional food truck, as well as the sheer quantity of food that we were given, I realized that the price really wasn’t particularly steep.

Support a family-owned business and give Fat Boy’s Roadside Eats a try! 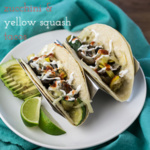 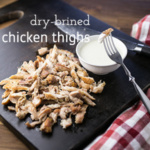