Enzo’s Market was a grocery store with a café that was located on Main Street in downtown Chattanooga that is now closed.

I’ve been meaning to make it to Enzo’s for some time now.  I’ve been to check out their grocery selection, which I find to be quite nice, with a much greater local selection than their main competition downtown (pretty sure you all know who I’m talking about) with the small hometown grocery feel.  The staff of Enzo’s Market has always been very friendly and I have been able to find some items (miso, spring roll wrappers) that I can’t typically find at the big suburban chain where I do most of my grocery shopping.

Of course I have been curious about the café but it’s quite easy to forget a grocery store café when trying to decide where to eat.  Today, we had actually planned to eat at another nearby restaurant (to which our friend had a gift card) but we forgot to check the hours and it turns out that they are not open for lunch.  Oops.  We’d already gotten a space in the Chattanooga Parking Authority garage at the Choo-Choo, so we needed to go somewhere within walking distance.  Duh, Enzo’s.

They were still serving breakfast when we got there (they do until 2 p.m. on Saturdays) but I’d already had breakfast food so it didn’t really pique my interest.  They have a regular menu (several sandwiches as well as deli samplers and pizzas after 4 p.m.) as well as daily specials.  The specials today were “the hangover”-a pancake stuffed with sausage and cheese and topped with a fried egg; “monkey hips”-rice topped with black beans, cheddar, sour cream, and pico de gallo; and a third, a sandwich that I can’t remember for the life of me.  They also have premade sushi in their case, deli salads (which can be bought in bulk or on the sampler plate), salads, and two soups of the day (today’s soups were broccoli and white bean & chicken).

While I would typically gravitate toward the burger on the menu, I just had a cheeseburger from Armando’s Thursday night so I wasn’t terribly interested.  I could not decide, though, between “the local”-pimento cheese and bacon on multigrain bread-and the “hickory-dickory cluck”-smoked chicken salad on wheat with gruyere.  The chicken salad won out.  I also decided to order a bowl of soup and chose the broccoli.  I liked the soup, which was pureed but I don’t believe it was broccoli-cheese.  It did not seem to have a cream base.  I am fairly certain that it was vegetables simmered in a broth base and then pureed.  I could tell that there were carrots in it in addition to the broccoli.  It was pretty good but I do think it could have used just a smidge more salt.  I really liked the sandwich, which was nicely toasted (not grilled), with a great smoky flavor to the shredded chicken, which was accented with fresh herbs, celery, and dried cherries. It had slightly more mayonnaise than I usually put in my chicken salad but it was not off-putting.  I would definitely order it again or even get some to take home with me…it would be great on crackers.  While I was tempted by the green apple Jones Soda in the case and the lovely selection of Pure Sodaworks bottled drinks, I was prudent (ha!) and drank water.  Their drink selection is seriously overwhelming!

Philip was eyeing the reuben but in the end the pull of the hangover was too much.  He just couldn’t turn down the promise of a pancake filled with pork and cheese.  The pancake was gigantic, the sausage housemade, and the cheese plentiful.  I tasted a bit of the sausage and it was really, really good…very mild but fresh-tasting.  The cheese was nicely melted from the combined heat of the pancake and the sausage, and the egg was perfectly cooked-whites set but yolk good and runny.  That’s how it has to be, my friends.  That’s how it has to be.  His only beef….the syrup.  It was pancake syrup, not maple syrup.  Sigh.  You can’t have it all.  Philip decided to have a Natural Brew vanilla cream soda.  Seriously, their drink selection was gigantic.

Rachel was contemplating the local but at the last minute decided to have the monkey hips.  It was a seriously huge plate of rice topped with a very large serving of black beans, a ton of cheese and pico, and a nice dollop of sour cream.  It was basically like the “naked burritos” that so many of the gigantic burrito places serve.  I tasted it and found the rice to be well-cooked (though she did say that she got a few slightly chewy grains) and the beans to be nicely seasoned.

As far as desserts go, there are lots of bakery selections in the case: cookies, brownies, cake slices, and so on.  There are also cups of Milk & Honey gelato and paletas (popsicles) in a case by the counter.  If you walk around the corner, you will also find a freezer full of King of Pops popsicles.  We decided, however, to forego dessert here and head to the actual Milk & Honey because I was dying for one of their horchata iced lattes (if you haven’t had one….you must).

One thing….it wasn’t a problem but just something that I noticed.  The cashiers both times that we have purchased grocery items have been extremely friendly (but not overly or annoyingly so).  The cashiers that were working at the café when we ordered today were not rude or unfriendly per se, but they were not particularly enthusiastic.  I went back up later to look at the menu again because I couldn’t remember the name of what I ordered and another female employee that apparently had come in while we were eating greeted me in a very friendly manner and pointed out the specials on the wall.  I found the deadpanning of the other two girls interesting. Maybe they were ready to go home?  Who knows.

So…at about $27 pre-tax (I’m not sure about the final cost since Rachel was kind enough to treat us), this is definitely a little pricier than your standard grocery store deli food…but then, your standard grocery store deli is not serving a menu that’s thought out like this with specials and so forth.  In addition, Enzo’s Café is no more expensive than other comparable market cafés in town (Whole Foods, Earth Fare).  It’s not fast food but it doesn’t claim to be.  I wouldn’t call it a culinary revelation but I’d definitely eat there again.  They have a nice, relaxed atmostphere (which makes them very kid-friendly!) with great indoor and outdoor seating.  If you’re on Main Street and need a casual meal (they serve breakfast, lunch, and dinner), definitely give Enzo’s Market a try!

Enzo’s Market closed after a pretty short run. It was followed by Grocery Bar, which unfortunately was also unable to last.

Enzo’s Market and Café is located at 1501 Long Street (next door to Battle Academy), Chattanooga, TN 37408.  They have parking for customers in the back.  They are open Monday-Saturday, 7 a.m. to 9 p.m. and Sunday 8 a.m. to 8 p.m.  You can call Enzo’s at 423-486-9312.  You can visit their website: http://enzosmarket.com and peruse their regular menu: http://enzosmarket.com/wp-content/uploads/2013/07/enzos_menu_website.pdf.  You can also like them on Facebook and follow them on Twitter. 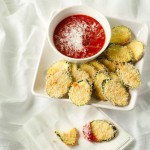 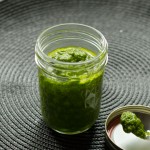