With turkey, cream cheese, and strawberry jam, the Elena Ruz sandwich is sweet and savory heaven on a bun – a perfect way to use Thanksgiving leftovers!

There was a time when the combination of sweet and salty wasn’t my jam. I thought it was weird and I wanted nothing to do with it. Honestly, I don’t remember who introduced me to Frosties and fries at Wendy’s, but I am forever grateful to that person for the gift that they gave me. After one time, dipping those hot, salty fries into the cold, sweet Frosty, I was addicted. And not just to Frosties and fries. I was a forever devotee of sweet and salty.

Life has come full circle now (I don’t think that’s really the right use of that term but I don’t really care because I like the way it sounds). I sneak salt into every sweet application that I can possibly work it into. Salted caramel was the best idea ever and, yes, I know the bacon trend is so two years ago but BACON IS GOOD ON EVERYTHING. BACON AND CHOCOLATE, y’all.

We tend to limit the sweet and salty combo to desserts, though, and that’s kind of sad. It doesn’t necessarily work as readily for more savory dishes, but if you try hard you can think of some pretty darn good ways to pull it off. I’ll never forget when I worked at a little shop that used to be above River Street Deli and they had a turkey and cream cheese sandwich with cranberry sauce on Black Friday. Um, what? Turns out they had a regular menu item that was similarly structured, only with strawberry jam instead of cranberry sauce. Yes PLEASE.

So, this sandwich…it’s called the Elena Ruz. I had no clue that it was Cuban until we visited Embargo 62 a couple of months ago and I saw it on their menu. Apparently, the sandwich was named for a socialite who used to order it in an all-night diner in Havana. That Elena Ruz chick was pretty creative and had a darn good grasp on flavor combinations…this is a great sandwich. There’s some conflict over what kind of bread it was originally served on-sandwich bread or a media noche bun-but I like the bun because it’s a little sturdier.

Speaking of sturdy, the first time that I made this our sandwiches absolutely fell apart on us because of all the gooey stuff…so I left off the preserves, heated them, and served them on the side as a dipping sauce. Problem solved. Guys, make the Elena Ruz sandwich with your Thanksgiving leftovers (I used the leftovers from these sage butter turkey thighs). Or buy some deli turkey…I won’t judge. Either way, make it. You know you wanna!

7.8.1.2
139
https://chattavore.com/elena-ruz-sandwich/
Click here to print the recipe for the Elena Ruz sandwich! 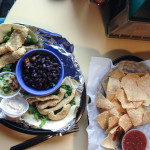 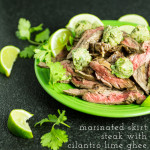