Have you ever had a restaurant that you drove by all the time but you, for whatever reason, never even really thought about stopping? I don’t know why, but for some reason that’s been my experience with El Maguey. It’s been open for several months now and I’ve heard only good things about it. I drive by there several times a week, whether for work or just to try to avoid Hixson Pike…but for some reason we just haven’t made it there.

I finally decided that we needed to make the effort to stop in after seeing several friends post about it. We stopped in at around 6 p.m. on a Wednesday night, and while there was a pretty good crowd we were seated immediately. It’s a very nice space, located near the Save-A-Lot on Middle Valley Road (I can’t remember for the life of me what was located there before) and decorated tastefully. Our server grabbed our waters and we ordered a queso fundido ($4.99). Unfortunately, there was some sort of mix-up and we did not get our queso fundido. Since it would have taken a while to make once the mix-up was realized, our server brought us an order of regular cheese dip on the house. It was good cheese dip, pretty much par for the course as far as cheese dip goes. The chips and salsa were good as well. They bring out separate bowls for everyone at the table, which you probably appreciate if you like to double dip.

I decided to order the flautas ($7.50) with shredded beef. For those of you who are not familiar with flautas, they are tortillas rolled around some sort of meat and fried. The flautas at El Maguey are served with lettuce, tomato, sour cream, and rice. The meat was well-seasoned and tender, like a very slow-cooked roast, shredded very finely. The tortillas as well as the ends of the meat were crispy and delicious. I enjoyed the rice as well – it was just rice with flavorings, no additional vegetables, and it was very flavorful and well-cooked.

Philip was going to go with his standard Mexican restaurant order (chimichanga with ground beef) but at our server’s urging decided to go instead with alambre ($10.99), a choice of chicken or steak (Philip got both) cooked with onions and bacon and topped with cheese. The alambre was served with rice, beans, flour tortillas, and salsa verde. The meat was delicious – Philip compared it to a Philly cheesesteak with chicken and bacon added. He also enjoyed the rice and the beans, and said that the salsa verde did not have much flavor to him. I tasted some on a chip and thought it was mostly tart and just a little spicy – not a lot of tomatillo or chile flavor. The portion of this meal was huge and Philip brought half of it home to eat for lunch the next day.

So…was El Maguey a standout among local Mexican restaurants? Well, I didn’t think it was better than Delia’s, but it was as good as El Metate. It’s a little bit closer to our house than either one, so I am sure that we’ll go back when a taco craving strikes (as they often do). If you live in the Hixson/Middle Valley area, you should definitely give El Maguey a try! 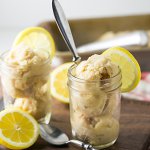 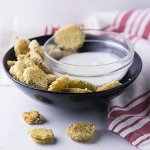