El Kyoto, now closed, was a restaurant in Hixson, Tennessee (Lakesite) that served both Hibachi-style Japanese and Mexican food.

So, when I wrote some time back about Kyoto (then spelled Kioto) Japanese restaurant just down the street from my Lakesite-area home, I told you guys how I had to laugh just a little when I first saw it.  I was apprehensive, needlessly so since it turned out to be quite good.  So, I’ll admit that I laughed again when Philip and I were driving down Hixson Pike and saw the new sign hanging on the side of the building for El Kyoto Mexican and Japanese Restaurant.  I’m really not sure why; the owners of the restaurant are of Mexican descent, and in my opinion-and many others of which I’m aware-our other nearby Mexican option is lacking these days (I won’t name names but if you are familiar with this area you know what I’m talking about….I haven’t written about them).

Philip and I decided to go over there Tuesday night of this past week when I wasn’t really in the mood to cook and we knew that we had to squeeze in a restaurant review at some point.  It’s been a month, you guys!  I’ll be playing catch-up in my time off from work for the upcoming holidays; I have some reviews planned.  We have tended to avoid the restaurant because of the less than desirable parking right on Hixson Pike, but then we realized that they have spaces on the side of the building as well, so problem solved.  There were several other people in the restaurant but it wasn’t crowded per se so we were seated immediately.

Our server, who was very friendly (but unfortunately, I didn’t catch his name) quickly took our drink order and brought us chips and salsa, which are complimentary  upon request.  The chips were good (not as good as Delia’s, though), fresh (not stale, which, unfortunately, seems to be a problem at some other establishments of late) and warm, and the salsa was fresh-tasting, not overly chunky, and a little spicier than what you typically get.  We also ordered queso dip, which was a little thicker than that served at a lot of other Mexican restaurants, with just a tiny bit of spice.

The menu of Mexican items is a lot smaller than most other local Mexican restaurants, but that is fine with me.  I got my standard-traditional Mexican tacos (known in some other restaurants as Mexico City tacos or street tacos), served on corn tortillas (doubled up!) with meat, chopped onions, and chopped cilantro.  I got one tilapia (grilled, not fried), one steak, and one al pastor (pork)-they come in an order of three.  All three were very good, though the al pastor was my favorite, just a little bit crispy, very well seasoned.  The steak was a little bit tough compared to what I’ve had at Delia’s, but the flavor was good.  The fish was nice with a light seasoning on it and cooked just right-not dried out as overcooked fish would be.

We got a laugh out of the “100% American Chimichanga” listed on the menu, which is what Philip decided to order since that is pretty much his standard Mexican restaurant order.  He ordered it with chorizo (Mexican sausage) which he always orders it if it is available (at some restaurants it is not).  There were two chimichangas that were a little bit smaller than the usual Mexican restaurant chimichanga, with grilled peppers and onions stuffed into the tortilla with the meat (this is not the standard) and queso sauce on top.  There were refried beans on the side as well as lettuce, tomato, and sour cream.  He was disappointed that there was no guacamole on the side, though I’m sure that they would have brought him some if he had asked.  He liked the chimichanga a lot and thought that the chorizo was very good, though not the best he’d had, and not overly greasy.  He was not, however, able to eat both of the chimichangas.  It was definitely a very large portion!

So, I guess you have probably figured out my position on El Kyoto.  Just like comparing it to Ichiban for Japanese….it’s not the best Mexican food around (in this area, Delia’s still takes that honor, and if I’m willing to drive downtown, of course, Taqueria Jalisco reigns supreme) but for a weeknight dinner when I just can’t even bring myself to think about leaving the Lakesite area, it’s definitely a worthy dinner option.  The food was not fantastic, but it was good and the prices were decent (especially since we had a buy one get one free coupon!). 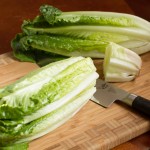