Easy Bistro, an upscale restaurant located in downtown Chattanooga near the Tennessee Aquarium and the Tennessee River, serves amazing brunch!

So Sunday was Philip’s and my twelve-year anniversary! We vacillate between “I can’t believe it’s been twelve years already!” and “It feels like we’ve been married way longer than that (but in a good way)!” Anyway, since it fell on a Sunday, we had to make a choice: go out on our actual anniversary or go out on Saturday so that I could do my usual Sunday morning blog post. Obviously we decided on the former.

We talked a little for a couple of weeks about where we might go for our anniversary but hadn’t really made any solid decisions. It came down between Easy Bistro & Bar and another upscale Chattanooga restaurant that hasn’t been around as long. Since Easy Bistro has been around for so long, I really felt like I needed to go ahead and give them the props and save the other restaurant for my birthday next month. We decided to go for Sunday brunch, which held a few advantages: 1) eliminating the need for me to think of something to make for lunch; 2) less costly; and 3) the brunch menu at Easy Bistro. Oh. My. Goodness.

Easy Bistro & Bar was opened by chef-owner Erik Niel in 2005 as Easy Seafood Bistro and Bar (I’m not sure when they dropped the word “seafood” from the name). Reading some of the articles listed in the news section of the restaurants websites, I found that prior to opening Easy, Niel worked in the kitchens of some of Chattanooga’s other well-known restaurants, including Southside Grille (which gave way to the now-closed Niko’s some years ago) and St. John’s. Philip and I had given Easy Bistro a try before-and liked it-but that was before the inception of Chattavore (2009 maybe? Or 2010? It was for another anniversary, that much I remember.) so it was definitely time to go back, especially since a friend had fairly recently highly recommended that I go back and write a blog post based on her own fantastic filet mignon experience.

We arrived a few minutes early. We have a habit of doing that…we are habitually punctual and we like to park far away. However, if you are not a far-away parker, there is valet parking for $7, which sure is convenient and is offered Thursday through Sunday. In our reservation we had requested a seat by the window (for picture takin’), and a seat by the window we got.

If you haven’t been to Easy Bistro….let me start by saying that it’s gorgeous. The ceilings are impossibly high and the walls are an impossibly shade of dark-black, to be precise. White trim and a cool panel of mirrors with accents of muted colors everywhere scream simple, contemporary, and beautiful (Chef Niel’s wife Amanda-who sat behind me in high school speech class-has a background in design so there you go). The new chevron chairs on the patio? Oh my. This place is a sight.

We were quickly greeted by our server, Christian, who brought us our waters and then asked us if we had any questions about the menu or did we perhaps want to order something from the bakery? Why yes, Christian, yes we do want to order something from the bakery. At only $3 each, we’ll take a cinnamon roll and an order of beignets, to be exact. I. Love. Cinnamon rolls. I can’t believe I haven’t made them for you here, but today got me thinking that I need to start a sweet roll series or something. But this isn’t about me, so I’ll shut up about that…and anyway, after eating this cinnamon roll, I’m not sure that mine will ever measure up. This was far and away the best cinnamon roll I have ever had, slathered with a warm swath of gooey cream cheese icing, somehow managing to be a little crisp on the outside but soft and buttery on the inside. How do you do it, Easy Bistro? How? The beignets (round doughnuts, native to Louisiana, drenched in powdered sugar…and another item I can’t believe I haven’t made for you yet-I’ve got to get cracking!) were just as delicious, crunchy on the outside and soft on the inside just as the cinnamon roll was, with a light lemony flavor and not too much powdered sugar (the traditional “way” is to put them in a bag with powdered sugar and shake shake shake, which is delicious but quite messy). We had to stop, though, so we’d have space for our meal, but we had Christian box them up (we are not too proud to bring home our leftovers…those could not be wasted, and I just ate the rest of that cinnamon roll for breakfast).

Besides the bakery items, the brunch menu at Easy Bistro includes starters like yogurt & fruit and a blue cheese tartine (sort of open-faced baguette sandwich), traditional brunch items (steak & eggs, eggs Benedict, omelettes, etc., etc.), a selection of coffees and some “branchy” cocktails (like mimosas and bloody Marys), as well as soups and salads, some sandwiches (braised brisket, a burger), and a few additional entrées like fish tacos, shrimp & grits, and moules frites (mussels & fries). I really considered the fish tacos and briefly thought about the brisket sandwich, but ultimately the decision came down between eggs Benedict and the smoked bacon & mushroom omelette (which came with a salad with champagne vinaigrette). My craving for a good rich Hollandaise won the battle, though, so eggs Benedict it was. And my, what an eggs Benedict! Two oversized English muffin halves (Thomas brand-I asked in hopes that maybe they were made in house), perfectly toasted and topped with lightly browned Canadian bacon, tomato slices, perfectly poached eggs (see the picture of the oozy egg below to see just what a perfectly poached egg looks like), and a beautiful Hollandaise. One bite and I was sold….and then I ate the whole thing. The English muffin was wonderfully crisp around the edges, the Canadian bacon lending a delicious saltiness contrasting with the sharp tang of the Hollandaise, which had a little bit of spice to it, and the tomatoes were a nice touch that added a warm, soft touch to the whole dish. Perfection…wow.

Unlike me, Philip had no real consideration. We had checked out the brunch menu the night before as we made a decision about whether to go for brunch or for dinner, and the eggs Norwegian had caught his eye: toasted English muffin with smoked salmon, a tender lettuce, poached eggs, and Hollandaise. The smoky flavor of the salmon was, like the Canadian bacon, an excellent pairing with the sharp richness of the Hollandaise, the eggs adding a nice oozy bite to the whole thing and the lettuce lent a little bit of crunch. Philip’s dish did not have quite as much Hollandaise as mine but it was still plenty and he too ate the whole thing. We were both surprised at how full we were after finishing our meals, though we weren’t nearly as stuffed as we no doubt would have been had we gone for dinner. For $37 before tip, not too bad.

Easy Bistro was a perfect choice for our anniversary meal. The atmosphere was lovely and the menu flawless. I can’t wait to go back for dinner, perhaps to test that filet that my friend was raving about and definitely to check out the sticky toffee pudding that I saw on the dessert menu. If you are looking for an upscale meal in a beautiful setting with lots of local love (the website provides a list of many local farms with which Chef Niel partners), definitely give Easy Bistro & Bar a try! 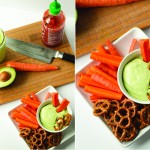 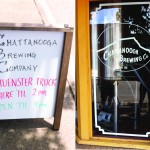