Dutch Maid Bakery & Café at Chatt-R-Bug is no longer in operation, but has been replaced by Twins Bakery & Cafe. I haven’t been yet, but you can check out Lisa Denton’s review from the Chattanooga Times Free Press.

Philip and I like to go “the back way”. Actually, I’ve always preferred highways and generally take the way that’s the fastest when driving alone. Philip, on the other hand, prefers to avoid traffic as much as possible so he will sacrifice time for a back way most of the time. I’ve adopted a few of these back ways as my usual routes. One of those out of the way routes is the back way to Target in Hixson, crossing the railroad track on Old Hixson Pike (then back down behind the Hixson ballfields…but you don’t really care about that). If you turn onto Wilbanks Road just past the tracks, you’ll see a cute little store named Chatt-R-Bug. I still haven’t been in the store, but noticed recently that there were signs for “Dutch Maid Bakery and Café”. Naturally, I had to check it out.

Philip and I stopped in last week and found a tiny little space attached to the shop and a painting studio (Palette to Palate) with five tables. We were quickly greeted by a very sweet college-age girl (Abbie) and a very nice lady named Kim. Abbie brought us some menus and told us that the day’s soup was cream of mushroom and that they also had an apple pie special, then Kim brought our waters and talked to us a bit about the restaurant. Turns out everything is catered in from Dutch Maid Bakery & Café in Tracy City, Tennessee, from breads and cakes to meats, dressings, and soups. Kim brought us some samples: Kentucky Bourbon bread, maple-pecan bread, and peach moonshine bread. They were sweet, quick bread types and while they were all delicious…..peach moonshine was by far our favorite.

The menu consisted of sandwiches-basics like chicken salad, turkey, Reuben, a BLT, and a few others-and salads, including a plate with a slice of quiche and some chicken and pasta salads. You can choose your bread and Kim told us that a lot of people like the chicken salad on the croissant, so since I was thinking about trying the chicken salad I decided to try that out along with a bowl of soup (there was a soup and half sandwich combo). I heard her telling some “regulars” who came in that the chicken salad didn’t have fruit in it that day, so I assumed that the chicken salad usually did have fruit (grapes and apples, perhaps?) in in. Instead, it had celery and onions and it was delicious. It was made with white and dark meat chicken, not too much onion, and just enough mayo to hold it together. The soup was thick and creamy with tiny pieces of mushrooms and some rice in it. It had a good mushroom flavor but since I love mushrooms I would have loved for it to have more mushroom pieces in it. The fruit I think was the tropical fruit mix that comes in a jar. It was pretty good for jarred fruit mix but of course I would have preferred fresh fruit.

Kim also told Philip that Abbie made a mean Reuben. He decided on half a Reuben and soup. The Reuben was a triple decker with Thousand Island (not Russian) dressing and cheese melted on both layers. Philip actually took out the center slice of bread because he just didn’t want that much bread. However, he thought that the Reuben was really good, though it didn’t beat out his vote for “best Reuben in Chattanooga” (Vine Street Market). There was a good balance of ingredients-corned beef, melted Swiss, sauerkraut (very good sauerkraut), and dressing grilled on the freshly baked rye bread. Philip liked the soup a lot as well.

There was a shelf where you could pick up some individually-wrapped treats (cookies, bars, caramel apple dumplings) and another shelf with breads, jellies, and preserves. Like I mentioned, they also had a dessert available but we decided to pass that up. I was very tempted to bring home a loaf of the “salt-rise” bread just to find out what it tasted like and had to check out the Dutch Maid Bakery & Café website after I got home to find out more about it. Turns out that the menu at the main location is a little larger than the one here (no surprise since they are making everything in house). There is no mention on the website of whether or not they do this catered-lunch model in other locations.

This is a little out of the way but there were several people there while we were there that seemed to be on a first-name basis with the staff (of course, Kim sat down, introduced herself, and asked our names, so I guess it’s easy to get to know people that way). These were some super-friendly people and we liked the food. If you’re looking for a quiet little lunch spot with wonderful, friendly service and the promise of yummy baked goods in Hixson, Dutch Maid Bakery & Café at Chatt-R-Bug is a place worth checking out! 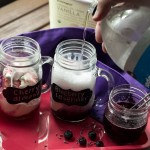 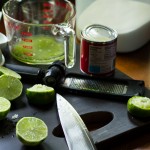