If you’re looking for delicious barbecue on or near Signal Mountain, Double Barrel BBQ serves tasty barbecue (and great beer!) in a great atmosphere!

I recently discovered something called bullet journals and now I am obsessed (mine isn’t nearly as pretty as the one in that post, but I love the idea of keeping my calendar, notes, and lists organized as opposed to having random notebooks floating around and having to dig through them to figure out where things are. This weekend I updated my list of restaurants I need to try and posted the list on Facebook to see if anyone had anything to add. Turns out I have a lot of places to visit in Cleveland and North Georgia…those take some planning. We ended up at Double Barrel BBQ on Signal Mountain, which a friend suggested on my Facebook post (I have a handful of other places on Signal to try as well).

Double Barrel BBQ is on Taft Highway just a little past the Signal Mountain “business district” in the building that used to be Pepper Jack’s. Double Barrel started as a food truck and in August opened their static location. They are currently operating off of their food truck menu but will be expanding starting with their grand opening in October.

We were offered the options of being seated in the bar or the dining room and were seated immediately by a very friendly server. It’s a log cabin so the decor consists of lots of wood, but it’s not dark. They have lots of cool pendant lights hanging all over the dining room and interesting wall hangings. There are televisions in the dining room as well as the bar.

Our server, Tabitha, came pretty quickly to take our drink orders and brought a beer list at Philip’s request. They have a pretty impressive list of craft beers-both bottles and draft-at great prices, including some local brews from Chattanooga Brewing Company. Philip ordered a Straight to Ale Lily Flagg milk stout, which was listed on the list as a bottled beer for $2.50 but was actually on draft for $3.50 (still a pretty amazing price). He’s had that particular beer before and loved it. I, of course, stuck with water.

They have a pretty lengthy list of sides that come in a side-size portion or as an appetizer, and we decided to order some fried pickle chips, which the menu purported to be hand-bettered. We got the appetizer sized portion for $5.75…it was a pretty large portion and we probably should have stuck with the side-size portion for $2.50. Oh well. I never cry over more fried pickles. They were indeed hand-battered and were very tasty, well seasoned and with just enough batter to add crunch and flavor but not so much to mask the pickle flavor. They were served with ranch dressing which was just basic ranch dressing.

Right now the menu consists of a selection of meats and some hot dogs. I decided to get the 1/2 pound pulled pork plate for $9 (you can get a half-sized portion for half the price) with a side of fried squash, which the menu also said was hand-battered. I was a little less convinced about the squash being hand-battered than I was the pickles, since the coating was fairly thick. It tasted good, though, and was well-seasoned with Cajun seasoning. The meat was tender and smoky and was pulled and served on top of a couple of toasted dinner rolls. I had enough to bring home for lunch the next day.

Philip decided to order the 1/2 pound of brisket ($9.25), chopped (you can also order it sliced) with fried okra. The brisket was chopped into bite-size pieces and had a spicy rub on it (it was also served on top of toasted dinner rolls). The fried okra was lightly coated and was also seasoned with Cajun seasoning.

The sauces at Double Barrel are made in-house. I didn’t think to get a photo, but there was one called “Old Faithful” that was sweet and chunky…it was our least favorite. There was a molasses-based sauce that had a deep molasses flavor and a little bit of spice. The third sauce was a sweet and spicy blend, and it was very spicy.

Our total for this meal was $29.22 pre-tip, which included fried pickles, a beer, a pork plate, and a brisket plate. The service at Double Barrel BBQ was friendly and the food was tasty. I like the atmosphere in this restaurant, and it didn’t hurt that the mountain air was nice and cool and just made it nice to be up there (I love what I call “shorts and long sleeves weather”). I can’t wait to see what they unveil for their expanded menu. By the way, they also serve a breakfast buffet daily and offer growlers of beer to go. There are daily specials as well. 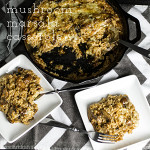 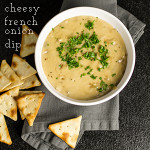