Couch’s BBQ is a popular, family-owned barbecue restaurant in Ooltewah, Tennessee, near Chattanooga.

When Philip and I were trying to decide on a place to try this past weekend, I had two criteria: it needed to be somewhere that I would not regret not ordering the burger (I’m taking a month or so off from burgers after writing the list) and I didn’t want to have to walk any sort of distance to get there, as grass or ragweed or something that is blooming is killing me. That second caveat effectively killed just about any place downtown. We went to McKay’s to peruse their used books (where I found Sarah Wu‘s Fed Up with Lunch, about which I was pretty excited) then decided to head over to Couch’s Bar-B-Que in Ooltewah, just a few short miles away.

Couch’s BBQ came highly recommended, as Amanda from Dish T’Pass had told me a while back that it was her family’s go-to barbecue joint and Southern Living recently proclaimed Couch’s Bar-B-Que one of the top fifty barbecue joints in the South. Besides, it’s been around since 1946, so they are clearly doing something right.

It was around 2 when we arrived but there was still a fairly hefty lunch crowd (though we didn’t have any trouble finding a seat). A friendly server brought us our waters while we checked out the menu and we ordered fried pickles because, you know, I have a rule (i.e. if fried pickles are on the menu I’m required to order them). I was a little disappointed when they turned out to be the same frozen fried pickles we were served at Choo-Choo BBQ and Kevin Brown Burgers, but oh well. Fried pickles are like pizza…even when they aren’t great they’re still pretty good.

I considered ordering a barbecue sandwich. The sandwiches here are topped with lettuce and tomato, which I find to be an interesting concept and I’m certain one that I would enjoy. In the end, though, I decided to order the pork “Couch Potato”, which apparently is somewhat of a claim to fame for the establishment as they have several signs stating that they are the “home of the Couch Potato”. In my opinion, the potato here is a cut above most other places around town-they are crusted in salt then topped with a generous but not exorbitant amount of butter, sour cream, shredded cheese, and whatever meat you choose. They are also served with a couple of rolls (pre-packaged).

One thing about the pork here, as you may notice in the picture, is that it is not pulled or even sliced but rather shaved. According to Grant, who writes the blog Marie, Let’s Eat!, Couch’s BBQ uses uncured hams rather than the usual Boston butt (aka pork shoulder), smokes them, then shaves them on a deli slicer. It is definitely a different barbecue experience, but not different bad or even different good-just different. We liked it; the meat was flavorful (if maybe just a smidge dry) and paired well with both of the housemade sauces (signature and sweet, which had a telltale molasses hit). The fact that they make their own sauce here is a huge advantage, as I have found very few places around here that do. There is nothing that I hate more than walking into a barbecue joint and being greeted with a food service container of sauce sitting in plain view.

Philip decided to get the pork plate, which is served with three sides and rolls. He decided to get the slaw, baked beans, and fried okra. Honestly, he was fine with all of the sides but didn’t think that they were anything outstanding. The okra was the familiar frozen okra and he couldn’t really tell if the other sides were homemade or not. I will say, again, that Grant touts their hot slaw on Marie, Let’s Eat! as delicious albeit “magically weird” (actually, in his first review of the spot he says, “It has a smell-the-back-of-your-brain kick and leaves a sharp and very strong aftertaste. It is all kinds of fantastic. I have no idea what is in it. I am absolutely clueless, but they don’t list it as a side on the menu so you have to know to ask for it.”) I’m not sure if Philip forgot to ask for it or just decided against it.

If we hadn’t been so full, I would have loved to have had a slice of one of their homemade pies: coconut, pecan, buttermilk, key lime, and (I think) chocolate. We just. couldn’t. do it. So, instead, we paid our bill ($21.03 pre-tip) and headed back toward home.

Couch’s BBQ was good, but it’s quite a drive for me so I don’t think we’re going to become regulars anytime soon. As seems to be par for the course, they pay a little less attention to their sides than to their meat, which I guess makes sense for a barbecue restaurant but good grief, I just want to find a spot that fries their own okra. Still, I’d definitely go back to Couch’s Bar-B-Que, and I highly recommend the Couch potato.

Disclaimer: This post contains an Amazon affiliate link for the book Fed Up with Lunch, because I think it’s so eye-opening that you should read it if school lunches affect you in any way. If you click through and buy this book from this link, I will make a small commission. For more information, read my disclosures/privacy policy. 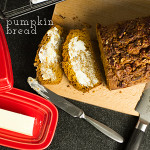 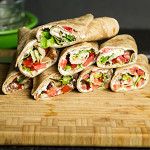