Clyde’s on Main is a fun and trendy bar on Chattanooga’s South Side owned by Mike and Taylor Monen of Taco Mamacita, Urban Stack, & Milk & Honey fame.

When I read an article from TFP months back that the Monens (of Taco Mamacita, Urban Stack, Community Pie, and Milk & Honey fame) were turning Clyde’s Auto Glass on Main Street into a restaurant, my interest was piqued. Mike and Taylor Monen know how to start a new restaurant, and that area of Main Street is turning into a boom town. As Philip and I headed to Grocery Bar on the weekends, we would notice how the place was coming along. We don’t often go to new places pretty much immediately after they opened, but we couldn’t resist quickly checking out Clyde’s on Main, especially after seeing lots of pictures on Facebook and having one friend text me to let me know how tasty the food was. As one friend captioned his Instagram photo of Clyde’s bar: “And our next conference session today will be led by the Monens: ‘How to open dope $*&! and generally kick @$$.'” Yep.

This place is definitely all about atmosphere. It’s loud, I’ll warn you of that. Don’t go there to have a deep and meaningful conversation. However, if you just want to go to hang out and have fun, yes. There are ping-pong tables complete with brackets for tournaments on a blackboards. You can sit at a regular table, a booth, a high-top, or a pinball machine. That’s right, you can sit on a sofa placed at a pinball machine as a table. The lighting is low and the music is loud, and while I don’t remember what they were playing I know that it was good. Old school pop culture pictures hang in the restroom and an assortment of witty coozies hang at the bar. Every employee that we spoke with was extremely friendly and the vibe was great. There were plenty of families with children in the place for lunch on a Saturday (though some Facebook commentors on Meghan Pittman’s TFP review stated that they saw a poster with an “f-bomb” on it, so proceed with caution if this sort of thing concerns you-also, some of the commentors said that children are not allowed on weekend evenings, which makes sense to me as it is a place with a bar atmosphere).

I have to apologize for the menu photos. I know that they’re a little warped and there’s a shadow of my phone on them…but the ink was too shiny to take a straight on photo. Also, remember that the lights were low. But you get the point. Take your pick: appetizers, soups/salads, sandwiches, plates, and barbecue…an interesting and fun menu a little bit off the beaten path but not so far off as to be weird. There was also a list of craft beers and the old standards and a full bar including several signature drinks, with a nod to the college crowd with features like “Hunch Punch” and “Jungle Juice” (which I don’t think tastes too much like the fuchsia drink I used to get in a carton on extra special fun days in my elementary school cafeteria). While I really wanted to try some pork candy or some soft pretzels with homemade cheez whiz, we decided to pass on appetizers (and it’s probably a good thing we did, because I basically cleaned my plate). (If you’d like to see a better image of the menu, check out the menu link on their Facebook page-I tried to directly share the link here but for some reason it wasn’t working.)

Choosing an entree was a little bit daunting. The bahn mi was tempting and you guys know that I love a good burger and (since I need to revise my list) I needed to see how theirs fit into Chattavore’s top ten. I came very close to ordering the buttermilk fried chicken sandwich (buttermilk brined and hand breaded southern style chicken with lettuce, house pickles, tomato, melted American cheese, and sweet hot sauce on a Kaiser roll). However, when the manager (who was helping out our server by getting us started) told me that they still had barbecue, which they serve until they run out, I knew I had to give it a try. The friend that texted me about the food told me that when she went they were out…better get while the gettin’s good, I figured. I decided to get the pulled pork plate with barbecue baked beans and beer cheese house chips. The pork was perfectly seasoned and extremely moist and tender. I loved the rub. The baked beans were a little bit spicy and had an interesting flavor that we are fairly certain was cloves. The pickles were fresh, tangy, and just a little bit spicy. I love a good house-cut chip and these were awesome, dusted with a mildly beer-flavored cheese powder. And I was enthralled by the presentation of the barbecue sauce: six sauces (Original Red, Sweet Lily’s, Mexican Coke, Red Hot, “From Here” Mustard, and Alabama White) served in a six-pack carrier. I tasted them all (except the red hot) and decided that the creamy mayo based Alabama White was my favorite, but I also loved the tangy “From Here” mustard and the sweet Mexican Coke sauces. I loved having options.

Philip decided on the buttermilk fried chicken plate with Clyde’s Power Greens and hot mustard slaw. The chicken was served with the sweet hot sauce that came on the buttermilk fried chicken sandwich. It was indeed sweet and Philip didn’t think it was extremely hot at first but it was definitely a building heat and he was breaking a sweat by the end. He was served two pieces of boneless chicken with a perfectly seasoned and crispy crust, cooked through and juicy. The slaw was fresh with a light mustard dressing that Philip pronounced was “good not great”. However, he loved Clyde’s Power Greens: kale, spinach, and collards, cooked until tender, well-seasoned and just a little spicy.

The only thing that we might have changed was the noise level, but even that was definitely not a deal-breaker. The decor was great, the food was fantastic, and the staff was accommodating and friendly. Our server, Kaitlunn, was very attentive and chatty (but not in a bad way)! The prices were pretty much par for the course for a place like this. Our total was $31.31 pre-tip, which included our entrees and an IPA. 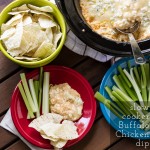 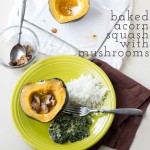