The East Brainerd location of Champy’s Chicken serves up the same fried chicken & Mississippi Delta favorites of their other locations in a fun atmosphere.

Champy’s Chicken has been around in the downtown Chattanooga area for quite some time, and it’s been a few years since I wrote about that location. Located near the campus of UTC, it’s a pretty popular spot, and no doubt people in the East Brainerd area were pretty excited when another location opened on Lee Highway.

Philip and I decided to check out the new Champy’s Chicken on a Saturday afternoon around 4:00 p.m. It was pretty crowded, but we only waited about ten minutes for a table – not too bad considering that there were multiple large parties waiting to be seated.

The Champy’s Chicken East Brainerd location is just as “dive-y” as the downtown location, with lots of graffiti on the wall and defaced dollar bills stuck everywhere (shhhh, don’t tell the Treasury). There are indoor and outdoor seating areas, both filled with people from all walks of life. We were seated inside and our server, Katz, brought our waters to us while we checked out the menu.

It has been a long time since I ordered chicken tenders and fries at a restaurant, but I decided to check out Champy’s Chicken’s version of chicken tenders. Their chicken tenders basket includes 4 breaded and fried chicken breast tenders and French fries, served with Champy’s sauce. The chicken was crispy, and like the pickles, a little bit spicy. The fries, while I’m pretty sure were frozen, were still pretty good and had a little bit of a smoky seasoning on them. Champy’s sauce was similar to Chick-Fil-A sauce, like a combination of honey mustard and barbecue sauce. The chicken tenders were huge, so I only ate two and took the other two home (we ate them on biscuits for breakfast the next day).

Philip decided to go for the Mississippi Delta Farm-Raised Catfish plate, which was several pieces of cornmeal-breaded catfish fried till crisp and lightly golden, with fries, coleslaw, hush puppies, and tartar sauce. The catfish was tasty, a little spicy, albeit kind of “fishy” (I know it sounds ironic to say that fish is fishy, but you know what I mean) – I think of catfish as a kind of fishy fish, though. Philip liked the coleslaw but it was, well, coleslaw. I ate the hush puppies, and they were very good – spicy with jalapeno and just a little bit sweet.

Our server was very friendly, and the service was quick. Do they serve the best fried chicken in town? Probably not (I have yet to make it to Lamar’s, which is rumored to serve the best). It’s not the cheapest, either – our pre-tip total including the fried pickles (which were a bit pricey in the $9 range), the chicken tenders basket, the catfish, and a beer was $40.36. But the food is good, and the atmosphere is fun and good for everyone from families to college students. 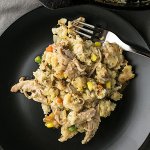 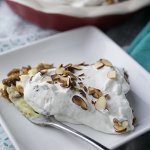