Though unconventional, caramelized onion and apple pizza is delicious and makes your homemade pizza a little more special than the standard cheese and pepperoni (not that there’s anything wrong with that!) using ingredients that you probably already have in your house!

I know that apple pizza might sound a little bizarre but hear me out on this. You guys know that I would never lead you astray.

Like tacos, or risotto, or pizza. Pizza is one of those foods that you can just throw anything on and dang, it’s good. Pizza is a receptacle for the leftovers in my fridge and the items in my pantry that I probably won’t use for anything else.

Sometimes a pizza craving strikes and we’ll grab Domino’s or Pizza Hut but usually when a pizza craving strikes I can talk myself out of it because when you can make pizza at home with little to no effort why would you spend extra money to eat pizza that you usually end up deciding isn’t as good as what you’d make yourself? Wow, that was a major run-on sentence. Anyway…that’s how this caramelized onion and apple pizza came about. I was actually going to rephotograph my baked potato pizza, but then I remembered that (a) I was almost out of sour cream; and (b) I had a green apple in my fruit drawer that needed to be used.

So there you go. Caramelized onion and apple pizza. I used a yellow storage onion because it’s what I had, but bonus points if you have a sweet onion (like a Vidalia, which of course is what I would use). And a Granny Smith apple, but again…use what you have. Smoked mozzarella was delicious here, but regular mozzarella would be great as would Gouda…and if I had some blue cheese it would have worked marvelously here. Oh, and I used bacon, because when you have Benton’s bacon in the house you’ll find any reason to use it….but it would be great without too. Just use some butter to cook the apples and onions instead. The flavors of those apples and onions cooked down until practically syrupy was a perfect compliment for the salty cheese.

Caramelized onion and apple pizza for the win!

Placing the rack at the top level of the oven allows the heat to bounce off the roof of the oven, which will cook the top of the pizza more efficiently.

7.8.1.2
83
https://chattavore.com/caramelized-onion-and-apple-pizza/
Click here to print the recipe for caramelized onion and apple pizza! 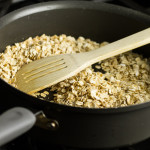 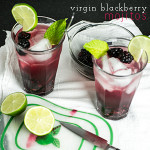