Café on the Corner is located on Lookout Mountain in Tennessee. They serve “Southern food re-imagined” in a casual but beautiful atmosphere.

A couple of weeks ago I posed the question to my Facebook and Twitter followers asking if we should go to STIR, Two Ten Jack, or Café on the Corner. STIR won overwhelmingly, but I didn’t tell anyone that I had secretly hoped that Café on the Corner would win (no offense to STIR!). I’d been wanting to try Café on the Corner for years, but didn’t make it up there before the restaurant burned a couple of years back. They just recently reopened after remodeling, so I was pretty excited about finally trying it out!

Café on the Corner is located on Lookout Mountain (the Tennessee side) in the same complex that houses Talus as well as several shops. It’s bright and airy, a small space with a surprising number of tables. You would think that having that many tables in such a small space would make a place feel cramped but I really didn’t think that it did. However, we elected to sit outside because it was a beautiful day plus photography lighting (I took the restaurant pictures with my DSLR for the first time ever!).

Our server, James, quickly took our drink orders and gave us a minute to look over the menu. While the pimento cheese and hummus plate as well as the fried green tomatoes were tempting, the fried okra was the most intriguing item on the appetizer menu, as it was beer battered. It was served with a chili garlic sauce. Let me just say, I wasn’t sure what to expect. Traditional fried okra is, of course, battered with cornmeal. I’m pretty judgmental about bad fried okra, but this was very, very good. The pods were served whole as opposed to the little round slices of fried okra that you would typically expect. Happily, there was nothing frozen about this okra (my biggest beef with most fried okra). Oh, and the okra was pickled! It was a nice surprise…kind of like getting fried okra and fried pickles in the same dish. The chili garlic sauce added a nice sweet heat to finish off the flavor.

It took me a few minutes to decide what to order. I was stuck between the cornmeal crusted flounder ($13.95), served with lemon caper tartar sauce, fries, and blue cheese slaw; the Café Mac ($14.95), with Benton’s bacon, cheddar, jack, and Gouda cheese, and penne pasta; and the pasta cruda ($14.95), with angel hair pasta, chicken, fresh tomatoes, artichokes, capers, lemon, wine, pesto. I saw the Café Mac being delivered to someone’s table inside and it looked absolutely amazing. Ultimately, though, I decided that artichokes won the day for me and I ordered the pasta cruda. It was a generous portion (honestly, I think it was bigger than it looked). I was pretty full and felt like I had barely made a dent in it. Philip and I split what was leftover along with some other leftovers for dinner that night. The pasta was well cooked and it had a generous amount of sun-dried tomatoes and capers. I could have used some more artichokes, but then…I’m a little obsessed with artichokes. The chicken was well-cooked and did not have the day-old chicken flavor that I find in a lot of dishes that have chicken as a component and not the main feature of the dish. The pesto added a nice flavor and it was not oversauced (i.e. OILY). I would have liked for it to have just a tiny bit more salt, but not so much that I felt the need to reach for the salt shaker.

Philip was sold almost instantly on the meatloaf sandwich ($8.95), with sourdough bread, whipped potatoes, crispy onions, and brown gravy. It was a very large portion, with everything piled onto the bread to make an open-faced sandwich that had to be eaten with a fork (that reminds me…why have I never made an open-faced roast beef sandwich for you guys? Too basic? Tell me your thoughts.). The meatloaf had a nice, light texture, which shows that the person who made it knows how to handle meatloaf (if you squish it too much, it will get tough and dry). The potatoes were smooth and creamy, and the gravy had a great consistency and was seasoned just right. I thought that the crispy onions were a great finishing touch…I mean, how could you go wrong with crispy onions on top of anything???

All in all, we were very pleased with our visit to Café on the Corner. It’s a cute little neighborhood establishment and the food was great. James was very friendly and helpful, checking on us, making sure our drinks were filled, etc. The prices were about average for this type of establishment (our pre-tip total for an appetizer, Philip’s sandwich, my entrée, and the craft beer that Philip ordered was $39.22). It’s kind of out of the way, but honestly, that makes it a bit more appealing to me! It was nice and quiet. We really enjoyed it.

What are you waiting for? Get to Lookout and check out Café on the Corner! 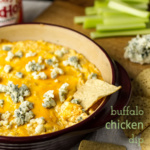 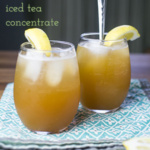