What are your thoughts about Brussels sprouts? I know an awful lot of people who won’t touch them with a ten-foot pole. One guy I know says that his parents made him eat Brussels sprouts when he was a kid and he doesn’t care how they’re cooked, he is an adult and he is never eating Brussels sprouts again. People definitely have strong feelings about this much maligned vegetable.

Honestly, I never really had strong feelings about Brussels sprouts. I don’t remember my mom ever cooking them, but I do remember my grandmother making them a few times. It was a pretty rare occurrence so I don’t remember it very vividly, but I am fairly certain that they were (a) frozen; and (b) boiled and buttered. I seem to recall eating them with ketchup (???). I recall not hating them.

After we got married, Philip and I had a discussion about Brussels sprouts. He didn’t recall ever eating them. I was all, “Oh, they’re good! I’ll make them!” So what did I do?? I bought a bag of frozen Brussels sprouts, boiled (or maybe steamed?) them, and put butter on them. Ketchup optional (Philip is not a big ketchup fan). Um, no. I was not eating those. Suddenly, I hated Brussels sprouts.

The turning point for me came when I bought Tyler Florence’s cookbook Dinner at My Place(⬅️affiliate link). While the book had some great recipes, it overall did not really fit into my cooking style, so I traded it at McKay’s long ago…but one recipe stuck with me: bacon and Brussels sprouts hash. The recipe called for fresh Brussels sprouts, which honestly I didn’t realize that you could purchase at the grocery store prior to that, and fingerling potatoes, which are not exactly easy to come by around here, so I subbed in red potatoes instead. Soon, though, I realized that I did not need the potatoes. Brussels sprouts game.changed.

This post contains an affiliate link. This means that if you click through the link and make a purchase, I will receive a small commission. This will not effect the cost to you. For more information, please read my disclosures!

This recipe is easily multiplied.

7.8.1.2
147
https://chattavore.com/brussels-sprouts-with-bacon/
Click here to print the recipe for Brussels sprouts with bacon! 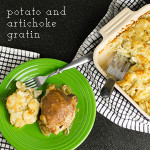 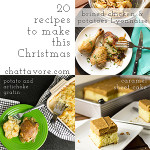 20 Recipes to Make for Christmas Dinner