Brewhaus Chattanooga is the Chattanooga North Shore’s homage to German pubs. They serve great food and great beer in a relaxed atmosphere.
I’ve blogged about BrewHaus before, back in 2012. We liked it a lot (except for the German potato salad….I did NOT like the German potato salad!). We were out enjoying the sunshine and relative warmth this past weekend, walking the bridge and welcoming Spring-like weather after three weeks of nastiness. Since BrewHaus just reopened last week following the fire in January that shut the restaurant down for several weeks, we decided to drop in and see how things were going.

The restaurant looks great…I don’t know how much the fire affected the seating area as it happened in the kitchen, but everything looks just as it did before. We like to sit on the balcony, so that’s what we did. The menu is relatively unchanged, though I was excited to see fried pickles and cannot remember for the life of me if they were there the last time I went. The fried pickles are chips (woohoo!), lightly breaded and served with a dressing that tasted like horseradish. The fried pickles were nicely seasoned and a little spicy, with the dip adding a little additional spice. They were not greasy at all. Definitely some of the best fried pickles around.

I decided to order the Hamburg cheeseburger with pimento cheese and potato cakes on the side. The burger was nicely griddled and served on a chewy bun with lettuce, tomato, and mayonnaise. I really enjoyed the pimento cheese, which was melted a little on top, though I do think that pimento cheese burgers work better on a soft bun that doesn’t slide around as much. I had to be very careful while eating this burger so that my burger didn’t slide right out from underneath the bun top! All in all, though, a good burger. I really liked the potato cakes. They were a nice break from the usual fries, small patties of potatoes seasoned and fried till golden brown. Delicious.

Philip went for the chicken salad sandwich-chunks of white meat chicken with pecans, dried cherries, and mayonnaise served on toasted white bread. He liked the chicken salad, but he didn’t love the chicken salad. He ordered the spaetzle, German dumplings served in a cream sauce with mushrooms. The spaetzle was very good, creamy and well seasoned. He also had a Chattanooga Brewing Company Chestnut Street brown ale, which he thoroughly enjoyed. As you might expect from a restaurant named BrewHaus, they have a pretty nice beer list, with domestics, imports, and craft beers, and local beers…draughts, bottles, and cans.

While we were there, they were setting up for a parking lot party being held that evening to celebrate their reopening. All proceeds from the party were to go to charity. I overheard our server, David, telling the couple sitting next to us that because the community had been so supportive of them in their time of need, they wanted to give back. Other local restaurants and bars, including The Bitter Alibi, Root Kitchen, Chattanooga Brewing Company, and Mellow Mushroom hosted events benefiting BrewHaus and had the BrewHaus staff take over their establishments so that they could continue to pay their own bills. It’s very encouraging to see the restaurant community take care of each other!

We thoroughly enjoyed our lunch at BrewHaus Chattanooga.

During the day, it’s a nice family-friendly environment. The menu is good, small enough to not be overwhelming but with enough variety that just about anyone can find something to order. I recommend BrewHaus! By the way, our order was about $30 pre-tip. 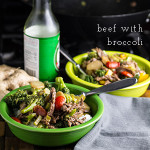 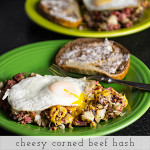