Bluegrass Grill is a breakfast/brunch/lunch hotspot located on Main Street in Downtown Chattanooga. They have great food with fantastic service!

I have been writing Chattavore for 2 years and 2 months.  In that time, I’ve eaten at a lot of restaurants and done a few “repeat reviews”.  Unfortunately (or maybe fortunately, for the sake of the longevity of Chattavore reviews) I still have quite a few restaurants to get to.

There are an awful lot of locally owned restaurants that are only open during the day (and some of those aren’t open on the weekends).  These places are pretty much impossible for me to get to when I’m working, since a teacher’s lunch break is about 25 minutes (and I eat with my kids anyway, and 25 minutes is barely enough time to walk to and from my car really).  So, I have to cram as many of those sorts of places as possible into my summer.

Bluegrass Grill is one of those places.  They are open from 6:30 a.m. to 2:00 p.m. during the week and from 6:30 a.m. to 1:00 p.m. on Saturday.  No way I would even attempt it on a Saturday, though, because I am willing to bet that there are people spilling out the doors from the minute that anyone has any business being awake on a weekend.  We had heard (from a friend who raved about Bluegrass Grill) that it wasn’t too bad on a weekday if you could arrive after the breakfast crowd was gone but before the lunch crowd hit.

We arrived at a few minutes before eleven and the place was packed out.  Mind you, it’s a fairly small space….but every table was taken and there was another couple waiting in front of us.  It wasn’t too bad of a wait, though….we waited about ten minutes, I guess, for a seat at the bar, which I liked because I could watch how everything operated (I couldn’t see too much of what was going on in the kitchen, just a peek through the pick-up window).

At Bluegrass Grill there is no POS system where the servers are keying the orders in a fancy computer.  It’s an old fashioned system where the server writes the order on a ticket and hangs it on a carousel-y thing that the cooks spin to see the tickets.  Our server, Marissa, was very friendly as was Greg, a guy that was doing various tasks at the counter while we were waiting for our food whom I gathered was the son of the owners.  Greg told us that Bluegrass Grill had been open for six years, which surprised us….we had no idea (I probably heard about it about two years ago).  We spent a few minutes perusing our menus, which consisted of specials, hashes, biscuits, omelets, cereals, pancakes, & French toast, salads, soups, and sandwiches, potato dishes, and baked goods, as well as some specials written on a dry-erase board on the wall. The specials that day were a roasted corn salsa bisque and pastichio, basically a Greek lasagna.

Instantly I was torn between the Special #2-two eggs, any style, with choice of Applewood smoked bacon, jalapeño bacon, sausage, or ham and two of the following: breakfast potatoes, grits, biscuit, toast, or fresh fruit (for $0.75 extra) or the corned beef hash.  Ultimately, I decided to go with my gut and get the special, which I ordered with eggs over medium, Applewood bacon, potatoes, and a biscuit.  The biscuits are housemade, half whole wheat, and have the homemade touch of being obviously cut with a knife as opposed to a biscuit cutter, which means that the dough does not have to be handled over and over to reform it for cutting.  The eggs were nicely cooked (though I would have liked the yolks just a tad runnier) and the bacon tasted great.  The potatoes were red-skinned potatoes, hand-cut, boiled, then fried off till crisp, and the biscuit was nice and soft with a hearty texture similar to what I make at home (because mine are half whole-wheat too!).  At first I was worried that they only had the Promise buttery spread that was at the top of the container, but Philip unearthed real butter that I spread on my biscuit and the day was saved.

I was fully expecting Philip to go with pancakes for his breakfast but he surprised me and ordered French toast instead, with an over-easy egg and bacon.  The bread is homemade and you have a choice of buttermilk bread or whole-wheat; Philip chose whole-wheat.  He also chose to add maple syrup for $1.50 extra rather than eat the pancake syrup that is included with the price ($1.50 seemed like a bit of a steep up charge until Greg handed Philip this pitcher that probably held about half a cup of syrup-do people actually use that much syrup?  I guess we are used to carefully parsing out our liquid gold.).  Funny story….we were actually impressed when we saw Joan, one of the owners, take the lid off of one of the pancake syrup pitchers and wash it.  My dad refuses to eat at Waffle House (which he calls “The Awful Waffle”) because he says if you take the lid off the syrup pitcher you’ll be horrified at what you find.  Philip remarked that my dad could eat at Bluegrass Grill.  Like mine, Philip found his eggs to be cooked well and he liked his bacon.  The scent of the batter from the French toast was really nice, and it had a good flavor.  The only thing that I might change about it was the thickness of the bread-I like my French toast nice and thick.  We got a laugh at the one little piece of cantaloupe that was wedged under Philip’s French toast; it looked as if it had landed there by accident, but I don’t think that it did!

Our total came to about $16 and some change before tip….not a bad price.  It was definitely a good meal and I’d like to go back and try some of their Greek specials.  This place has been around for quite a while and has been voted best non-chain breakfast in Chattanooga in the past (sad that they have to make a chain and a non-chain category because if they didn’t everyone would just vote for Cracker Barrel).  It’s a good place to get a good breakfast, though I’m probably just going to stick to my homemade breakfasts that I can cook and eat in my robe with my gigantic cup of Velo coffee in hand on the weekends (because I make a mean breakfast, I hate crowds, and I’m a hermit).

If you, however, are looking for a great homestyle breakfast served by good, friendly people and you aren’t into making that sort of thing yourself, head on down and give Bluegrass Grill a try!

Bluegrass Grill is located at 55 East Main Street, Chattanooga, TN 37408.  They are open 6:30-2:00 Tuesday-Friday and 6:30-1:00 on Saturday.  There was also a sign for a Sunday brunch buffet that they just started (today!) by reservation only, though I didn’t notice a time…but you can call them for that information at 423-752-4020.  Check out their website: http://bluegrassgrillchattanooga.com and “like” them on Facebook. 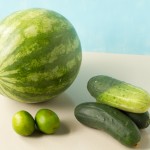 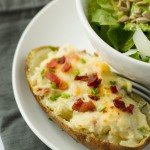