Blacksmith’s Bistro was a popular dining spot, now closed, that was located first in St. Elmo and later in Downtown Chattanooga.

Well….they are out of the way no more, having moved to the former location of Market Street Tavern, which closed late last year.  Apparently I was not the only person who kind of saw Blacksmith’s as “out of sight, out of mind” because Philip started talking to one of the employees about their relocation and it turns out that part of the reason that they moved was to increase their lunchtime visibility.  Being right-smack in the middle of downtown definitely makes you more attractive to the business set, and their sales have increased 25% since they moved just a few weeks ago.

Anyway….we were driving aimlessly, consulting the list, and I mentioned Blacksmith’s….so off we went.  There were only a couple of other tables occupied (it was about 2 p.m., so after lunch time and way before dinner) so we chose a table and checked out the decor, which is similar to what was here after MST moved in and remodeled, with specials written on the large chalkboard on the walls and dark tables and walls, but with Blacksmith’s own touches hanging on the walls.  They have quite a few house drink specialties, a decent variety of beers on tap, a nice wine selection, and several non-alcoholic special drinks, including Pure Sodaworks bottles (yea!) and their own specialty Italian sodas. Michael, our server, quickly took our drink orders while we perused the menu.

The first section of the menu is “small plates”, or, basically, appetizers.  I really wanted to try the fried green tomatoes, served with pimento cheese, black bean sauce, and booyah sauce (more on that in a few minutes) for $6, but Philip’s been on an antibiotic that’s seriously affecting his appetite so we passed.  My eye was also drawn to the hummus, of course, and the vegetable spring rolls. They have quite a few unique-sounding salads on the menu, including the beet (with romaine, marinated beets, goat cheese, walnuts, and dijon vinaigrette), the arugula (with black bean-corn salsa, roasted tomatoes, and avocado), and the ubiquitous pear salad (with mixed greens, toasted pecans, gorgonzola, and dijon vinaigrette), which had us both salivating.  Ultimately we decided against getting an appetizer or salad, though.  Next time…next time.

They had several tasty sounding “big plates”, including steak frites (fancy-speak for steak & fries) and a couple of varieties of mac & cheese, but we were definitely in a sandwich mood. I perused the sandwich menu and was tempted-very tempted-by the Chatty cheesesteak (voodoo steak, pimento cheese, caramelized onion, sourdough)….but the Gooey burger (pimento cheese, lettuce, tomato, onion, avocado, russian dressing) was calling my name as well so I enlisted Michael’s assistance to choose.  He recommended the burger, so that’s what I went for (nine times out of ten I will go for the server’s recommendation).  I did not regret that decision.  The burger patty was huge and really caramelized on the outside.  The meat was absolutely delicious…I was very impressed.  The flavor really stood out to me, I think because of the wonderful caramelization.  The vegetables were fresh and the Russian dressing was just a teeny bit spicy, which was a nice complement to the salty, creamy pimento cheese, which had nice big (but not off-putting) chunks of pimento.  The fries were shoestring fries, not made in-house, sadly, but Michael did tell me that the items that are outsourced are purchased from researched, reputable companies.  I dipped mine in some booyah sauce because the name of that sauce was just too intriguing for me to pass it up.  It was kind of like a wing sauce, thin, orange in color, not terribly spicy but smoky with the flavor of chipotle.  The sauces-pimento cheese, Russian dressing, booyah sauce, etc.-are made in-house.

Philip decided on the Local Vore (Eagle’s Rest bison, Sequatchie Cove Coppinger cheese, balsamic honey marinated red onion, arugula, ciabatta, herb aioli) without much thought because, well….those are a few of his favorite things.  It was served on an individual ciabatta roll, which was gigantic still, with very fresh bison meat that is brought to the restaurant a few days a week by the man that raises the bison, perfectly cooked.  Of course, Coppinger cheese is a very local raw milk cheese with a very unique flavor, and the caramelized onions and arugula were an excellent addition to the strong flavors of this burger.  Philip liked the shoestring fries, too, and we joked that we needed some cheese sauce with them (because they were very similar to the shoestring fries served at Steak & Shake, which are just not right without cheese sauce).

We were too full for dessert (both of us cleaned our plates!) but I asked Michael for a dessert menu just so I could check it out.  It was pretty standard-a chocolate lava cake, an ice cream sundae, and a few other things, including an ice cream float served in stout beer.  Our total was about $24.  We really enjoyed our Blacksmith’s experience and will definitely go back…perhaps to try their Sunday brunch?  I’m dying to try the Croque Madame from their brunch menu, and I’m sure that Philip would be more than happy to check out their shrimp & grits.

Blacksmith’s is located at 809 Market Street, Chattanooga, TN 37402.  You can call them at (423) 702-5461.  Check out their website: http://www.blacksmithsgastropub.com and “like” them on Facebook.  They are open from 11 a.m. to 10 p.m. Sunday-Thursday and 11 a.m. to 12 a.m. Friday and Saturday.  Also, a reader recently asked me to share whether establishments are wheelchair-accessible.  Due to their location right off of a major downtown street with curb cuts, Blacksmith’s is wheelchair-accessible, and a large space running between the tables on either side of the restaurant allows room to get around (not sure about the restroom). 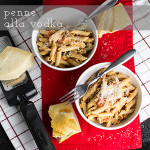