Okay, so this doesn’t directly involve the blog…not yet anyway…but something has been in the works for a while and here it is:

Yep, that’s right. He’s been working at Sigler’s Craft Beer & Cigars for a year and some change now and he and some partners officially took over the store yesterday.

At the moment we are mildly freaking out. Business ownership is a huge step. I mean, this blog is a business but, you know, no inventory or overhead or any of that mess. So, we’re probably going to lay low on the restaurant posts for a little bit. I mean, I will still do some but just maybe not one a week for a while. You know, for money-saving and all. Also because time, which is something that Philip doesn’t have a lot of right now (I promise you some budget-friendly meal posts, though!).

If you’re in Chattanooga or nearby, or even if you just drive through Chattanooga sometime, we’d love it if you’d stop by Sigler’s and see Philip (or Phil, ahem…I just can’t get used to that. I will never call him Phil. Amen and amen.

So…Sigler’s Craft Beer & Cigars is a tasting room and retail bottle shop. You can stop by for a flight or a pint and pick up some bottles while you’re there. They also (obviously) sell cigars if you’re so inclined. They’re not really “closing” per se, but they’ll be having their grand “re-opening” on August 18 with a tap takeover by Reformation Brewery, so you should stop in and see them! 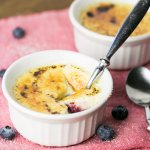 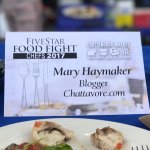