Beast and Barrel is a bar and gastropub on Chattanooga’s North Shore owned by the same group that owns Terminal BrewHouse, Honest Pint, and Hair of the Dog.

So, turns out that making your brother an amazingly awesome super-rich boozy chocolatey cheesecake for his birthday has can pay off. See, my brother works at The Honest Pint and was able to get tickets to one of the soft opening nights of Beast and Barrel, the new restaurant opened by the group that owns The Pint, Terminal BrewHouse, Hair of the Dog, and Mean Mug Coffeehouse. And he invited me to be his plus one. That decision took all of one-quarter of a second.

I was pretty excited in January when it was announced that Northshore Grille had been purchased by the owners of the aforementioned restaurants. It’s no secret to anyone who reads my blog that I love all of the above, and while I did not dislike Northshore Grille, well, there was no question that it was about to be made better.

The full name of the new restaurant is Beast and Barrel Gastro Smokehouse. The restaurant was created to be a family-friendly, non-smoking environment with an “elevated menu” (according to this article from the Times-Free Press in January). They left a lot of the decor from Northshore Grille in place because, well, it was a beautiful space, with dark wood and cool ads on the wall. They’ve added their own design elements, though, lots of black with white accents. The decor is simple but amazing.

One thing that I noticed immediately was that the menu was much, much smaller than the other restaurants, more akin to the smaller menus that one might find in a fine dining establishment but featuring an enormous range (impressively enormous considering the small number of items actually on the menu) of items. First, bar snacks including popcorn of the day and jerky of the day; a small selection of salads; appetizers; sandwiches; burgers; entrées; and dinners for two. They have a great beer list including imports, Tennessee and American craft beers, and lots of others; a large wine list, and lots of cocktails including a few signatures (including Divorce Shore which was apparently what Northshore Grille was called?). All I can say is that these guys know how to create a menu.

A small plate of jalapeño cornbread with honey butter was quickly delivered to our table and followed shortly thereafter by a plate of house charcuterie. The cornbread was sweet, so that was a bit of a blow because you guys know I am not into sweet cornbread, but it did have a good flavor and was very moist. The charcuterie was amazing, including the house pastrami, pastrami-style salmon, and house made ham as well as house made pickled cucumbers, carrots, and onions (the pickles were a bit spicy, by the way). My brother ordered the quail poppers, boursin and smoked jalapeño stuffed quail breast wrapped in bacon and served with jalapeño jelly. At least the menu said quail breast, but I feel pretty certain those were legs. They were a little difficult to eat as “poppers” as they had bones in them so the quail had to be carefully eaten from the bone, but the combination of the slightly gamey quail with the spicy jalapeño, the creamy, herby Boursin (man, I love that stuff) and the smoky, salty bacon (wherever it was from, it was amazing) was pretty genius. Even though we weren’t sitting at the bar, you know I had to try the sage and brown butter popcorn because I cannot pass up popcorn nor brown butter. I was not disappointed and will be making this at home very soon.

I had a hard time deciding what to order. I considered a burger because, well, burger but decided that I needed to order something a little less standard. Ultimately, I was torn between the steak frites (fancy French terminology for steak & fries) and the Big Katz sandwich-basically a Reuben made with house pastrami, house made sauerkraut, Swiss cheese, thousand island dressing (the menu did not declare that it was made there but I’m guessing that it is), grilled up on marble rye bread. By the way, the “Katz” in the name of the sandwich is a nod to Sandor Katz, a well-known authority on the fermentation of food (did you know that sauerkraut is fermented cabbage?) so I assume that they borrowed the technique from him. The sandwich was delicious….I mean, that pastrami (peppered corned beef) was perfectly seasoned and wonderfully tender, the kraut was a little spicy and had a nice texture, there was a perfect amount of dressing, and the grilled rye was a nice complement to it all. I ordered fries as my side (some of the other options included baked beans, whipped potatoes, and collards). The fries were skinny, house-cut parmesan fries. They tasted great but I think I would have preferred a slightly thicker-cut fry.

One of the reasons that I ultimately decided on the Big Katz instead of the steak frites was because my brother ordered the steak so I figured I’d just try his. The menu describes the steak frites as “house cut 12oz ribeye steak char-grilled to temperature and topped w/ a hunk of cognac peppercorn compound butter. Our fresh frites are fried to golden brown then tossed w/ garlic, parsley and parmesan cheese.” Tom ordered his steak medium-rare (we definitely come from the same family. Both of my siblings are medium-rare people just like me.). There was a pretty gigantic slab of butter on top that added to the richness of the steak, which was cooked perfectly to temperature and seasoned just right. It is a simple dish but that’s the beauty of steak frites….amazing simplicity on a plate. It’s more difficult to do well than you might think but they manage beautifully.

A couple of my brother’s friends ate with us as well. One of them had the steak frites as well and the other ordered the Philly Cheesesteak with whipped potatoes. I took a tiny bite of the cheesesteak; it was oniony and cheesy on good, chewy bread with thinly sliced beef, and the potatoes were creamy and whipped to perfection.

So, will Beast and Barrel be a success? If my experience was any indication, yes. These guys have proven their staying power with their other restaurants and I don’t think that Beast and Barrel will be any different. The early reviews on their Facebook page have been nothing but glowing. I’ll be going back soon to try out the burger (and so Philip can try the Big Katz) so keep an eye out for an update to this post.

Give Beast and Barrel a try and tell me what you think!

Beast and Barrel Gastro Smokehouse is located at 16 Frazier Avenue, Chattanooga, TN 37405. You can call them at 423-805-4599. You can check out their website, beastandbarrel.com or like Beast + Barrel on Facebook. 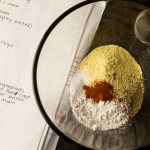 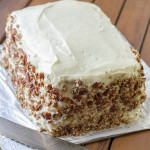