BBQ Andy’s, located in Soddy-Daisy, Tennessee, has a very small menu that allows them to do barbecue well – including making their own sauce.

When it comes to BBQ in Chattanooga, I feel kind of “meh”. I’ve written about quite a few BBQ places around town and truth be told, most of them are perfectly decent but less than memorable. There’s nothing that I hate more than eating at a barbecue joint and seeing sauce in a package or getting meat that tastes like it was cooked two days ago (I get reducing food waste, but come on…if I want leftover barbecue I’ll make it myself).

BBQ Andy’s has been around in Soddy-Daisy for several years now and I have eaten there once before, but it was an unplanned dinner with my family and I wasn’t really prepared to write about it. Their hours are kind of limited (11 a.m. to 7 p.m. Monday through Friday) and they don’t really have much of a seating area. Not knowing that, Philip and I once tried to go there to find that they were packed out and there was a 20+ minute wait for food, so we went somewhere else and vowed to come back when we could call it in ahead of time, which we have dutifully forgotten to do ever since.

The first few weeks of school give me infinite excuses to dine out on a weeknight, though, and I’m trying to get a week ahead on my dining out experiences, so it finally dawned on me last week to call BBQ Andy’s. So that’s what we did! I pulled up their menu on their Facebook page. It’s a very limited menu – “Killer” potatoes, sandwiches, plates, a handful of sides (like, three – potato salad, baked beans, or coleslaw), and banana pudding. I called at about 5:30 on a Monday night and was told by the friendly girl on the phone that it would be about fifteen minutes. When we arrived, there were no other customers in the store. We paid for our order and headed home to try it out.

As is my Chattanooga BBQ restaurant tradition, I went for the BBQ potato, or, as they call it, the killer potato. Since Philip was ordering pulled pork, I decided to go for the beef on my potato. They cut the potato up into small pieces that they scatter over the bottom of the styrofoam container, then they top it with meat, butter, sour cream, shredded cheddar cheese, and BBQ sauce. I got some extra sauce so I could taste it on its own as well. I was a little surprised when I opened the container and saw this big mess of a potato, but it was quite delicious. Beef barbecue can sometimes be a little dry, but this was tender and moist. The sauce was very tasty – BBQ Andy’s makes their own sauce (hip hip hooray) and it’s the red tomato-based sauce that is common around here, just a little sweet and a little spicy. I ate half that night and put the rest in my Thermos for lunch the next day.

Philip also went for his standard – the BBQ pork plate. He was a little disappointed that they didn’t have fried okra, but settled on the potato salad and the coleslaw. Like the beef, the pork was very tender and moist, well seasoned and lightly sauced. He actually really liked the potato salad, which was your basic mayo-based potato salad with potatoes that were cooked to a nice consistency and not too much dressing. We are picky about coleslaw and found this one to be very nice. We like it chopped up fine, and this was. There was not too much dressing, which makes coleslaw soupy and unpleasant, and it was just a little sweet.

I decided that I wanted to give the banana pudding (or Nanna Pudding, as it’s listed on their menu) a try as well. At $2.50 for a cup that was plenty big enough for me and Philip to share, it was hard to pass up. It was pretty much what you’d expect of banana pudding – creamy sweet vanilla pudding, sliced bananas, and vanilla wafer. Definitely worth $2.50 to have a nice Southern dessert to go along with your BBQ dinner.

BBQ Andy’s is close to home for me and I have to say that I was pretty happy with the food (house made sauce is definitely a plus). At $17.48 for a BBQ potato, a pork plate, and banana pudding (with enough of our entrees left over for dinner the next day), the price was definitely right. The staff was extremely friendly, and you can’t overlook the fact that BBQ Andy’s consistently scores 99-100 on their restaurant inspections.

BBQ Andy’s will definitely be on my “don’t want to cook” weeknight short list! Check them out! 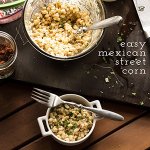 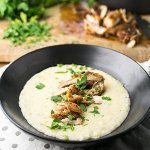