Barbecue shrimp is (unbeknownst to me until recently) a traditional New Orleans food. I don’t claim to have any sort of corner on an “authentic” recipe, but this version (adapted from Cook’s Country), with its spicy, deep flavors, is pretty fantastically tasty!

Have you ever heard of barbecue shrimp? Until recently, I don’t think I had any idea that such a thing existed. I mean, around here, the word barbecue entails a meat that is smoked low and slow until it falls apart. At the very least, we think of barbecue as having some sort of barbecue sauce on it. This shrimp = neither of those things. I’m pretty opinionated about how the word “barbecue” is used (please do not call a cookout a barbecue in my presence) but I’ll allow it here, since this is, apparently, a traditional food in New Orleans. Who knew? Maybe everyone but me.

The funny thing is that I’ve been reading about barbecue shrimp in a lot of places lately. When Cook’s Country aired a recipe for it recently, it looked so good that I decided that I must try it. I cook a fair amount of shrimp and this barbecue shrimp seemed easy and delicious…like something that would pair perfectly with some creamy, cheesy grits like, oh, I don’t know, the ones on Cook’s Country. Man, I love those America’s Test Kitchen people (for any of you who aren’t familiar, Cook’s Country is by America’s Test Kitchen.

Philip loves shrimp and grits. When went to Hennen’s for our anniversary recently, he was immediately drawn to the shrimp and grits on the menu but decided not to order it because it had a tomato based sauce and he doesn’t love them that way. I thought I’d make it up to him by making shrimp and grits later in the week and this barbecue shrimp was a perfect way to do it. It was super-simple to make, just tossing the shrimp with some spices and cooking them, then making a sauce, letting it reduce, and tossing the shrimp in it. This barbecue shrimp was great with creamy grits, but it would have been just as good with a crusty baguette!

Ready to make this barbecue shrimp?

7.8.1.2
101
https://chattavore.com/barbecue-shrimp/
Click here to print the recipe for barbecue shrimp! 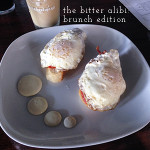 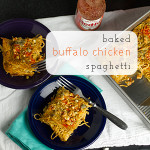