Yep, you read that right – baked donuts with NUTELLA chocolate gravy. Chocolate gravy is a Southern classic and it’s great with donuts!

I love baked donuts. I waffled for a little bit on whether or not to buy a donut pan (<–affiliate link), but I’m so glad I did. I certainly don’t have anything against fried donuts – why would I? They’re delicious! Frying, however, is messy and uses a lot of oil, so baking donuts seems to be the right way to go for an average night around my house.

Usually, doughnuts have glaze. Or maybe a powdered sugar (or cinnamon sugar) coating. You don’t usually see doughnuts served with a dipping sauce. We don’t always do things the traditional way around here; you guys know that by now. When we ate our anniversary dinner at Hennen’s last summer, we ordered beignets that were served with a mocha creme, which was delicious. However, I was a little disappointed because they were not served with a chocolate dipping sauce, which is how they were served to a friend of ours when we ate there once. I have dreamed about those beignets since.

What better way, then, to put a Southern spin on that idea than to serve my vanilla bean baked donuts (adapted from a recipe in Laura Ferroni’s book Real Snacks <–affiliate link) with chocolate gravy? Apparently, some people think that the term “chocolate gravy” sounds gross, but those people have obviously not eaten it before. It’s not like we’re stirring chocolate into sawmill gravy, people. But I digress. I started my chocolate gravy using my friend Christy Jordan‘s recipe from her book Southern Plate (<–affiliate link), but to give it an extra special touch I stirred some Nutella in. I did not regret this decision.

If you’ve never had chocolate gravy, try my recipe with these baked donuts ASAP!

For the Donuts
For the Nutella chocolate gravy

For other great recipes, check out the Meal Plan Monday Link-up on Southern Plate! 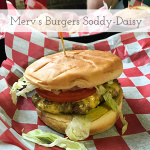 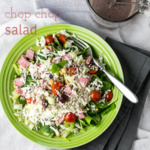