These bacon sliders are served on Hawaiian rolls with sweet and spicy pineapple-jalapeño jelly. They are perfect for tailgating, parties, or a snack dinner! You can adjust the heat level based on your preferences.

I am fully aware that there is a camp of people who stand firm on their belief that the only sandwich that qualifies as a slider is a burger. And I get it. I mean, I’m from Chattanooga, birthplace of the Krystal burger. But I just feel like there’s room for everyone in the slider game. Mostly because “mini sandwich” just feels so darn clunky.

It is a well-known fact that my favorite type of food is the kind of food that one would eat at a bar or at a tailgate. #spinachdip4eva (seriously, spinach dip is the reason that I basically lived at TGI Friday’s as a college student). Any type of slider included in that list of my favorite foods.

Funny thing is, there are a million different kinds of sliders on the internet. I think the original party sandwiches had ham and cheese and a sweet buttery glaze. Don’t get me wrong, I love those. But I can’t seem to stop making my sliders with bacon. Because you know I.Love.Bacon.

A guy came into Philip’s shop recently with dried pineapple that had been wrapped in bacon, smoked, and drizzled with jalapeño jelly. I wasn’t there, but Philip hasn’t stopped raving about it since. Now, I have a smoker and I have a bag of dried pineapple and I 100% intend to attempt to replicate this recipe.

Problem is, most of you guys probably don’t have smokers, so when I was thinking about how to turn the flavors into something bloggable, bacon sliders were the thing that came to mind. I thought that jalapeño jelly might be a little much, fresh pineapple too wet, and dried pineapple too chewy.

So, I settled on these ingredients for my bacon sliders:

Did you even know that pineapple preserves are a thing? I have bought them a few times for various recipes and they are delicious! I like to stir a little bit into plain yogurt. For this recipe, I chopped up a fresh jalapeño and heated it with the pineapple preserves. I only used one jalapeño but you can add as many as you want based on the heat level that you prefer.

Shared on Meal Plan Monday on Southern Bite and The Weekend Potluck on The Country Cook!

The cook time does not include time to cook the bacon. Even though it logistically seems easier to spread the preserves on the bottom rolls, do not do this as it will make the bottom of the sandwiches soggy (ask me how I know). 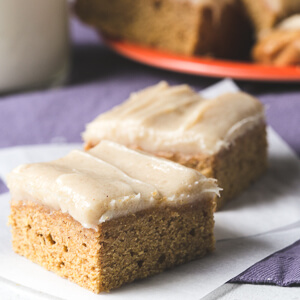 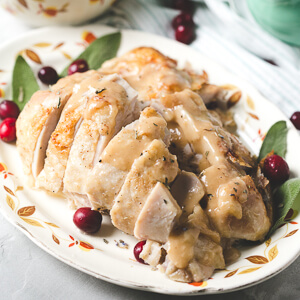