1885 Grill is a great restaurant in the St. Elmo area of Chattanooga with fantastic food and a heart for the community of Downtown Chattanooga.

I have been wanting to try 1885 Grill really badly ever since it opened in June. I have no idea why it took me three months to get down there. We considered going for my birthday a few weeks ago, but since the original plan was to go to Elemental, we stuck with that. Anyway, 1885 is connected to Tremont Tavern (in Chattavore’s opinion, the spot for Chattanooga’s best burger) by a common co-owner and is located in the former Blacksmith’s Bistro location in St. Elmo, next door to the former location of Pasha Coffee and Tea. They have done quite a good business since opening, and I had heard that they are almost always busy-no doubt in part due to the fact that they are only open for dinner through the week (open for lunch and dinner on Saturday and lunch only on Sunday), but surely also due to some great food, I was confident. While I read some mixed reviews of 1885 Grill on Urbanspoon (their overall rating is 87%, though), I had heard nothing but good things from friends and family members who had already eaten there.

We got to 1885 Grill at around 2 p.m. and the place was still pretty crowded-the lunch crowd had not yet thinned out. We were seated at one of the last available tables on the patio. It was a nice day to sit outside-not too hot-but we weren’t really thinking about the fact that, of course, the patio is the smoking section. That was our one “issue”, if you could call it that, but then that’s our own fault, isn’t it? I did go inside to use the restroom but didn’t really pay much attention to the decor. The inside dining area was fairly dimly lit with very simple, clean decor but that’s about as much as I noticed.

Our server, Victoria, quickly came to our table and brought water glasses and a bottle of water that she left on the table. She ran down the specials (a fish special, the name of which I can’t remember, and an eggplant sandwich) and strongly suggested the pimento cheese appetizer, which, of course, we had already decided to order (we did consider ordering the empanadas instead, but this is Chattavore and if there is pimento cheese to be had, well, pimento cheese must be had). Apparently this is far and away their most popular appetizer, and I can see why…though I think it may have more to do with the fried okra served alongside the pimento cheese than the spread itself. The okra is cut lengthwise and has more of a cornmeal batter than a cornmeal breading. It is cooked very well-not slimy at all, as okra tends to be-and I would call it the best restaurant fried okra I’ve ever had. It’s so very, very difficult to find a restaurant that serves housemade (not frozen) fried okra, and I get tired of being served okra in a breading jacket. Now, I don’t mean at all to imply that I didn’t like the pimento cheese-I liked it a lot. Like me, they use a cream cheese base, with big chunks of pimento and a grated white cheddar. They also use smoked paprika and minced jalapeño to add another element of flavor-but don’t worry, it’s just a little spicy. Wimpy tastebuds like mine can handle it!

My brother had told me that the pork chop (glazed with Red Delicious apples and a choice of two sides) was excellent and I thought hard about ordering it, but in the end the Country Cuban sandwich won. I posted a Cuban sandwich in the very early days of my blog (if you look at that post, please excuse the photography! Philip has encouraged me to leave old photos so I can remember where I came from.) and I love a good Cuban. The “Country Cuban” is a grilled sandwich, served on sliced Niedlov’s Cuban bread, with sliced roast pork, country ham, white cheddar, thinly sliced dill pickles, grainy mustard, and housemade chips (squeal!) on the side. The sandwich was very large and packed with ingredients. It was grilled but not greasy with a good balance of ingredients. I loved the country ham, though I can’t say that I loved the roast pork. It wasn’t bad but it didn’t “grab” me. I could only eat half of the sandwich and as I’m typing this six hours later I am wondering if I should eat something even though I’m not really hungry so I won’t be starving at bedtime. The chips were amazing. Let me say that again. The chips were amazing. You guys know how I feel about housemade chips. They were great!

Philip ordered the shrimp and grits, which, if I am not mistaken, are made using the recipe of co-owner Miguel Morales’s mother (as are many of the dishes at the restaurant). They offer a choice of loose grits or grit cakes, and of course Philip ordered grit cakes. He prefers grit cakes 500%. There were three grit cakes but they weren’t huge with a crunchy coating on the outside. There was a good ratio of shrimp to grit cakes and not a ton of sauce-the shrimp and the grits were the star players and the sauce had a supporting role. His verdict was that these were not quite as good as those served at the now-defunct Market Street Tavern (which, coincidentally, was also co-owned by Tremont Tavern and 1885’s Dustin) but better than those at FoodWorks (his other favorite) which he said has a lot of very rich sauce that, while it tastes really good, leaves him feeling a little icky after. He did think that the addition of some sort of ham (like the Tasso ham used at FoodWorks) would have kicked it up a notch…but congratulations, 1885 Grill. According to my husband, your shrimp and grits are now the best in Chattanooga.

We were already sold on 1885 Grill, but the thing that has sealed this place as far as our business goes was not related to the food-at least not as far as the flavors are concerned. While we were eating our appetizer, a lady came and sat down at the empty table next to us. She had three children with her and told us that she didn’t have any money to buy food for them. We don’t generally carry cash and Philip told her that while we didn’t have any money to give her for groceries, we would buy her something to eat and she accepted, so we asked a nearby server for a menu. A few minutes later Miguel brought the menu out to us and Philip explained that we were going to buy them some food, to which Miguel replied, “Don’t worry about that-we’ve got it,” and took the lady’s order. One of the managers also brought them drinks. After the lady left, Philip commented to the manager, Katie, that he was very impressed that they gave her food. Katie told us that she felt like if they have a kitchen full of food, giving food to someone in need is the right thing to do. That, my friends, is taking care of your community. 1885 Grill earned my respect for not only their food but for their kindness.

Our total, pre-tip, was about $32 plus some change. Personally, I am looking forward to trying their pork chop at some point as well as some of their fish dishes, which I have also heard are excellent (again from my brother, who typically doesn’t even like fish).

I highly recommend that you give 1885 Grill your support. Good people like that deserve our business. 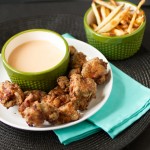 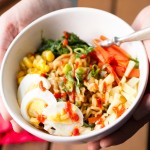